Man strips to underwear to avoid patdown, but TSA arrests him anyway because they couldn't fondle his junk 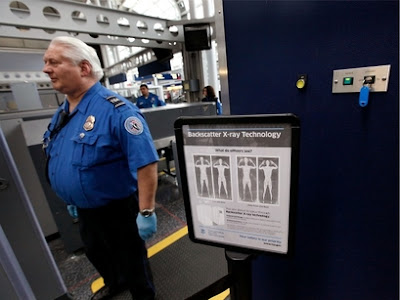 Through a statement released by his attorney Sunday night, Wolanyk said "TSA needs to see that I'm not carrying any weapons, explosives, or other prohibited substances, I refuse to have images of my naked body viewed by perfect strangers, and having been felt up for the first time by TSA the week prior (I travel frequently) I was not willing to be molested again."

Wolanyk was arrested for refusing to complete the security process and for recording the incident on his iPhone, according to his attorney.
-----------------

He's walking through in his fr*ckin underwear for God's sake. What is wrong with the incompetent, non thinkers of the TSA? They actually now think, their job is to look at people naked, and to feel them up. To them, that's their job. It has nothing to do with making the skies safe, but to harass people in their own version of public theater!

Of course, some folks like Gloria Allred, is getting off on the groping! She said she liked being felt up!

yeh I saw that! I'm waiting for the next Spin headline to do a repost!

I think what we are witnessing is how a gov agency can spin out of control when its not reined in with constitutional enforcement.

I saw O get on tv and effectively endorse this stuff from the tsa so expect more of it untill enough people resist and force courts to pull the tsa back from total tyranny.

This is good for folks who are clueless about how fast rights can be overrun if they are not vigilant about protecting them. So many people these days think that since the gov is supposed to look out for you that whatever they do is o.k. because they're only doing it in good faith. These people have to be reminded that the road to tyranny is paved with good intentions.