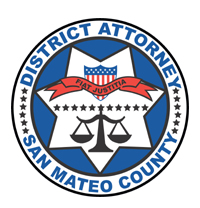 SAN MATEO COUNTY, Calif. (KGO) -- The San Mateo district attorney's office has a warning for all TSA personnel at SFO -- anyone inappropriately touching a passenger during a security pat down will be prosecuted.

Incoming San Mateo DA Steve Wagstaffe says any complaints of inappropriate touching during an airport security pat down will land on his desk.

"The case would be reviewed and if we could prove the elements of it, that it was inappropriately done with a sexual or lewd intent, that person would be prosecuted," he said.

"If it is skin to skin, if someone were to take their hand and put it underneath somebody's blouse and touch someone inappropriately and go skin to skin, that's a felony, and if it's done simply over the clothing, according to California law, that's a misdemeanor," Wagstaffe said.

Overkill? Or is this TSA groper earlier this year just an outlier--and that was before the new grope rules!

Winthrop Police were searching this week for 45-year old Sean Shanahan, most recently of 26 Shirley Street apartment #3 on five charges including two counts of statutory rape, two counts of enticing a child and one count of indecent assault and battery on a child under 14, after the alleged victim’s parents reported finding disturbing and explicit text messages on the child’s cell phone.  “This individual (Shanahan) is someone who was familiar with the child,” explained Police Chief Terrence Delehanty. “It appears that this case began with a series of text messages and then progressed to other activities that included the statutory rape charges.”

Shanahan, a Transportation Security Administration employee at Logan Airport, has not appeared at his job in several days and has also not been back to his apartment on Shirley Street, following an initial search of his residence by police, which resulted in the confiscation of a computer and cell phone from his home.
Posted by Palmoni at 5:51 PM