Joy to the World! 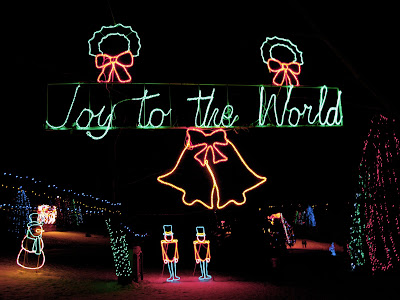 Since Joy to the World is from Psalms 98, I'll give 98 as my target for JOYG!

Maybe I'll be able to get a Christmas gift!!

After all, look how JOYG is saying nothin' about the BUCY takeout: 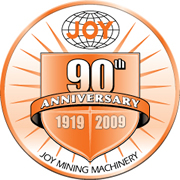 The competitive landscape is about to change for the Milwaukee area’s two mining equipment manufacturers. One of them, Bucyrus International in South Milwaukee, has been busy touting a deal announced earlier this week in which the company will be bought by Caterpillar, the Peoria, Ill.-based machinery giant, in an $8.6 billion deal.

The other, Milwaukee-based Joy Global, is saying little about the deal involving its major rival.

A Joy Global spokeswoman declined to comment, saying that the company is in a “quiet period” leading up to the release of its quarterly earnings Dec. 15.

Joy Global operates the P&H Mining Equipment subsidiary, which has a large factory in West Milwaukee in the shadows of Miller Park.

With Bucyrus set to become part of a huge global company — Caterpillar had 2009 revenue of about $32.4 billion — it’s likely to become an even more formidable foe for Joy Global. Joy had fiscal 2009 sales of $3.6 billion.

The deal had an initial benefit for Joy Global shareholders as the company’s stock price shot up 7.5 percent to close at $77.77 per share on Nov. 15, the day deal the Bucyrus-Caterpillar merger was announced.
---------------

So how do you deflect that talk? How about have good earnings on December 15th, or how about selling yourself to somebody else??

Because there already is some buzz amongst workers in Milwaukee that something could be a coming!!

Because Wall Street, of course is worried that CAT's takeover will take biz away.

So sell yourself!
Posted by Palmoni at 1:56 PM

i only had enough money to buy 8 shares