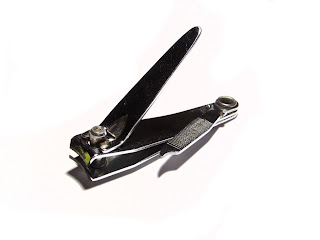 A friend of mine sent me this about his TSA experience. He, unlike most of us, was coming back into the country from Afghanistan on a military charter.

As the Chalk Leader for my flight home from Afghanistan, I witnessed the following:

When we were on our way back from Afghanistan, we flew out of Baghram Air Field. We went through customs at BAF, full body scanners (no groping), had all of our bags searched, the whole nine yards.

Our first stop was Shannon, Ireland to refuel. After that, we had to stop at Indianapolis, Indiana to drop off about 100 folks from the Indiana National Guard. That’s where the stupid started.

First, everyone was forced to get off the plane–even though the plane wasn’t refueling again. All 330 people got off that plane, rather than let the 100 people from the ING get off. We were filed from the plane to a holding area. No vending machines, no means of escape. Only a male/female latrine.

It’s probably important to mention that we were ALL carrying weapons. Everyone was carrying an M4 Carbine (rifle) and some, like me, were also carrying an M9 pistol. Oh, and our gunners had M-240B machine guns. Of course, the weapons weren’t loaded. And we had been cleared of all ammo well before we even got to customs at Baghram, then AGAIN at customs.

The TSA personnel at the airport seriously considered making us unload all of the baggage from the SECURE cargo hold to have it reinspected. Keep in mind, this cargo had been unpacked, inspected piece by piece by U.S. Customs officials, resealed and had bomb-sniffing dogs give it a one-hour run through. After two hours of sitting in this holding area, the TSA decided not to reinspect our Cargo–just to inspect us again: Soldiers on the way home from war, who had already been inspected, reinspected and kept in a SECURE holding area for 2 hours. Ok, whatever. So we lined up to go through security AGAIN.

This is probably another good time to remind you all that all of us were carrying actual assault rifles, and some of us were also carrying pistols.

So we’re in line, going through one at a time. One of our Soldiers had his Gerber multi-tool. TSA confiscated it. Kind of ridiculous, but it gets better. A few minutes later, a guy empties his pockets and has a pair of nail clippers. Nail clippers. TSA informs the Soldier that they’re going to confiscate his nail clippers. The conversation went something like this:

TSA Guy: You can’t take those on the plane.

Soldier: What? I’ve had them since we left country.

TSA Guy: You’re not suppose to have them.

TSA Guy: They can be used as a weapon.

Soldier: [touches butt stock of the rifle] But this actually is a weapon. And I’m allowed to take it on.

TSA Guy: Yeah but you can’t use it to take over the plane. You don’t have bullets.

Soldier: And I can take over the plane with nail clippers?

Me: Dude, just give him your damn nail clippers so we can get the f**k out of here. I’ll buy you a new set.

This might be a good time to remind everyone that approximately 233 people re-boarded that plane with assault rifles, pistols, and machine guns–but nothing that could have been used as a weapon
Posted by Palmoni at 9:51 AM

MAybe he should have smack that rifle on the tsa guy's head to prove a point?

have the tsa ever stopped an act of terrorism?