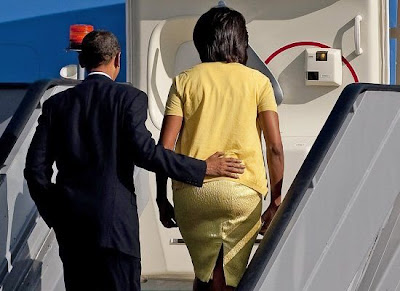 Michele Obama loves J. Crew clothes because they have such a slenderizing effect on her. That means she can still eat White House food, and still tell the world they are still fat and need to lose weight! But  tomorrow, J Crew shareholders will get fatter as the company is selling itself!!

J. Crew, the trendy clothier of choice for the likes of Michelle Obama, is near a deal to sell itself for about $2.8 billion to the buyout firms TPG Capital and Leonard Green & Partners, people with direct knowledge of the matter told DealBook on Monday.


Under the terms of the proposed deal, TPG — a former owner of the retailer — and Leonard Green would work with the company’s chairman and chief executive, Millard S. Drexler, these people said. The buyout firms are expected to pay about $43.75 a share, a 16 percent premium to Monday’s closing price of $36.75.


The deal is expected to be announced Tuesday, these people said, cautioning that the talks are ongoing and may still collapse. They requested anonymity because they were not authorized to speak publicly about the talks. The company is also scheduled to announce earnings on Tuesday.


J. Crew, Mr. Drexler and the buyout firms had been in talks for several weeks, and had neared an agreement on Sunday at about $45 a share, these people said. However, TPG sought to lower the price it was willing to pay on Monday, driving a wedge between it and the company and its prospective partner, Mr. Drexler. The two sides have since reached an agreement.

I said this number was a double booty implant bottom at 33!

I don't give a rat's ass about TPG Capital. You boys that live on stealing shareholder money will have to pay up!

Don't worry. The stupid banks will finance a higher offer!

And that, will be another As Advertised again!!

Another As Advertised Baby!!! 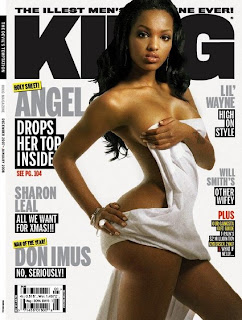 The "Obama" stock has been J. Crew Group, which now sports a double bottom.

Which means no matter how much stimulus that needs to be pumped into this economy to get the Democrats off their back---will be done--starting with the passage of extended unemployment benefits.