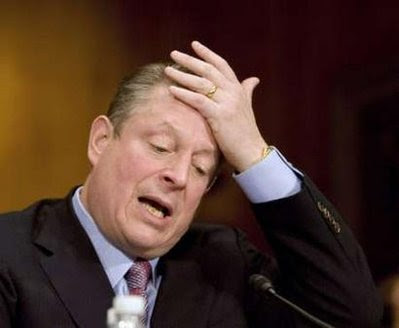 The ENQUIRER reports in an exclusive bombshell exclusive that police have investigated charges from TWO MORE WOMEN who claimed they were abused by former VP AL GORE!

The allegations come hot on the heels of an ongoing Portland, Ore., police investigation that reopened after The ENQUIRER exclusively revealed accusations by a licensed massage therapist who says Gore groped her in 2006.

The first incident allegedly took place at a Beverly Hills luxury hotel when Gore, 62, was in Hollywood to attend the Oscars in 2007.

The second reportedly occurred a year later at a hotel in Tokyo.

"The therapist claimed that when they were alone, Gore shrugged off a towel and stood naked in front of her.

"He pointed at his erect penis and ordered her, 'Take care of THIS.'"
Posted by Palmoni at 4:13 PM

hey Palmoni, how is that "Oh my!!!" working out for ya? I hear market was down today... What you did Palmoni, which stocks you bought today and which stocks you touted? Nothing? Not even NFLX? Common, the correction is over right? Where are ye bears? Oh my!!!

hey, Anonymous....i bet you have a two inch dick.

Where are YOUR calls, you pathetic hack?

THERE! That was IT!! The correction is NOW over. BUY BUY BUY.

PS. It's not over till we have the washout.