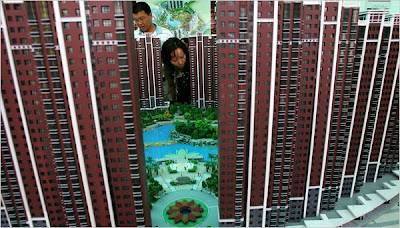 Today Bloomberg says that maybe only 23% of the $1.1 trillion that Chinese banks lent out may be recouped:

Chinese banks may struggle to recoup about 23 percent of the 7.7 trillion yuan ($1.1 trillion) they’ve lent to finance local government infrastructure projects, according to a person with knowledge of data collected by the nation’s regulator.

About half of all loans need to be serviced by secondary sources including guarantors because the ventures can’t generate sufficient revenue, the person said, declining to be identified because the information is confidential. The China Banking Regulatory Commission has told banks to write off non-performing project loans by the end of this year, the person said.

Commission Chairman Liu Mingkang said this week borrowing by the so-called local government financing vehicles may threaten the banking industry. The nation’s five-largest banks, including Agricultural Bank of China Ltd., plan to raise as much as $53.5 billion to replenish capital after the sector extended a record $1.4 trillion in credit last year.

Local governments set up the financing vehicles to fund projects such as highways and airports due to limits on their ability to directly borrow money. The central government this year restricted borrowing on concern money isn’t being used for viable projects.

Only 27 percent of the loans to the financing vehicles can be repaid in full by cash generated by the projects they funded, the person said. 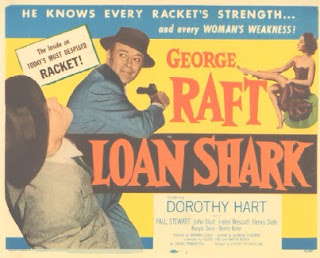 The shark loan industry is mostly underground, and it’s sources can be low interest loan from banks, cash from state owned enterprises, and private savings. The shark loan operator then lends the money out to real estate developers or other domestic private firms.

There are two major pourposes for shark loans. One is to flip flop the real estate, and another is to lend to private firms with maturing bank loans. As mentioned in previous posts, the common lending practice of Chinese banks has a maturity of one year, and so the borrowers need to renew the loans every year if the old loan are to be paid. So many private firms that can’t pay back their loans since the cash flow from their regular business will not be enough to pay back the principal, are borrowing from shark loan operators at extreme high interest rates with very short durations. They then turn to the bank, repay the old loan and get a new loan for the next year.

Every day there are more and more real estate developers and other businesses that are resorting to loan sharks to manage through the hard times .But this is a short term solution for a long term problem. And like every drug addict, one day comes rehab or death.

If the real estate market remains stagnated for long enough, or if the banks stopped to issue new loans at an ever accelerating pace, many businesses will collapse. Even today, some relatively tight lending standards are causing some ponzi schemes to collapse, like the one of Tang long.

A larger percentage of China’s real estate sales are in reality fake since they are made with the purpose of obtaining the flow of bank loans before real sales happen. Through this arrangement, the developer and the shark lender make sure that the bank will bear the ultimate risk.

Western investors doubt this criminal activity since they do not understand the true nature of China’s society, or any totalitarian regime for that matter. But China is not a democracy; it is semi communist, semi fascist regime that is running a planned economy. All the banks are state owned, and as I mentioned in The Harsh Reality behind China’s Growth Story:

The root of the problem is the same: more loan growth can benefit the borrower, the banking executive, and the local government officials. The return of capital and the potential loss of the principal is always a secondary consideration, especially when the loan are issued to the state owned enterprises or well connected “too big to fail” private businesses. Who cares? The banks are state owned banks, and the capital is state capital.
Posted by Palmoni at 10:46 AM