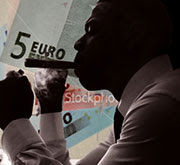 Check out this story on Businessweek, "How I stopped worrying and learned to short the euro."

The 16 European Union countries that use the common currency had amassed too much debt. If investors began to view any of them as a default risk, the traders would start selling their bonds, stocks, and other assets, driving the currency lower. For the first five months of the year, foreign exchange trades were the largest bet in Caxton's main macro fund, and those trades were making the fund the most money. About half of Caxton's risk was from trading currencies, a higher-than-normal level for the firm that Bruce Kovner, who boasts one of the best track records in the hedge fund industry, formed 27 years ago. Law, who grew up in Cheshire, England, and is based in London, has been with Caxton for seven years. He was named Kovner's heir apparent in 2008. 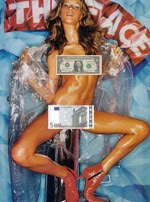 Rarely have global economic conditions been so ripe for betting on currency fluctuations. Most traders agree they haven't seen such a difference between outlooks for different countries in at least a decade, and exploiting that gap is how currency speculators make money. Recovery prospects for the U.S. seem to be fading as employment fails to pick up, and Greece, Spain, and other European nations face massive deficits. At the same time growth prospects in Taiwan, Brazil, Malaysia, India, and Australia are so strong that policymakers have been raising interest rates to curb inflation. China has taken steps to deflate its real estate bubble and has let its currency drift higher for the first time in two years.

It's time for JayZ and Gisele to be right again....
Posted by Palmoni at 8:48 AM