Murdoch increases the WSJ subscription price for the White House 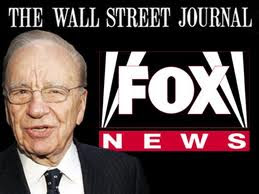 WSJ
It looks like Rupert Murdoch has finally figured out a way to make the White House pay — literally.

The Murdoch-owned Wall Street Journal has jacked up the rate it charges the administration’s news clipping service by a jaw-dropping $600,000 per year — and is steering the White House towards a direct deal with News Corp., according to an administration official.

“Obviously, we’re not paying $500,000. This is taxpayer money,” the official said. “We have no idea how we’re going to handle this. We may have to drop [The Journal].”

It's unclear how News Corp. arrived at the $600,000 figure. But copyright laws would prevent the news-clipping service from widely disseminating Wall Street Journal articles without the parent company''s permission.

For the past decade, Democratic and Republican administrations alike have paid a small Virginia-based media company $100,000 or more each year to prepare customized packages of excerpts from print, TV, radio and blog outlets. Bulletin News of Reston performs the labor-intensive searches, which would otherwise require the hiring of government staff, every night starting at 9 p.m., delivering a package of article extracts and Web links to the West Wing by 5 a.m. each morning.

The Journal, which sits behind a licensed pay wall, has always been part of the package — until now.
Posted by Palmoni at 9:04 AM