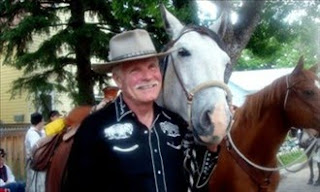 Billionaire Ted Turner owns just shy of three Rhode Islands, including the spectacular Vermejo Park Ranch straddling the border of New Mexico and Colorado, which at 590,823 acres, or 920 square miles, would cover a substantial portion of the 668,753-acre Ocean State. Turner's other U.S. holdings include ranchland in Montana, South Dakota, Nebraska and Kansas, as well as a 30,000-acre hunting preserve in Florida that he calls home, totaling 2 million acres.

Turner tops the list of the nation's largest private landowners, compiled by Forbes with the help of The Land Report, a publication that tracks large landowners and land sales.
Posted by Palmoni at 6:46 AM