Remember this???? As Advertised!!!


Time to cover the "squid"

The last few days, I've heard from exasperated traders who've told me that you can't make money in  this market, and another who hedged his portfolio at 1043 "just in case." Just in case??? We already had the just in case fall!!

And now, we know have the two companies hated the most----- BP and Goldman Sachs. Which is why I touted BP at 29 and change just a few days ago. Which means it is now time to cover your shorts on the squid. 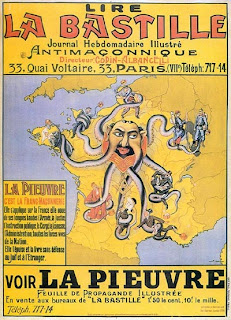 Sure everyone hates Goldman; and sure Goldman has litigation risk, but does any of that really matter to Wall Street? Last I checked, in less than five months, the elections will be over. And if BP can bounce back, can't Goldman?

Because everyone needs an enemy to feel better, but this too shall pass.

And at these levels, I wouldn't be short Goldman anymore.

Because we've put in a bottom, and now, the market will be easy enough that everyone can start making money again.

Today we will have a settlement from Goldman with the SEC for just $550 million and the stock is trading up to 153. The stock was 133 on June 11, when you  had the above post.

How about BP? They have now stopped the oil flow from the well.  The stock is now 39, 12 points above the low it reached!  Did any of you shorts cover?

Two huge liquid multinationals, where free money was given for the taking!!

As Advertised!!
Posted by Palmoni at 4:23 PM

Best deal in the history of GS.

I can't believe this is it; the SEC is such a facking joke.

Love how trolls look for perfection in market timing and then blast someone who's nailed this market time and time again. Sure, you have a drawdown to a position. Who doesn't ? It's those with balls and brains who get rewarded. Thanks for paying it forward Palmoni.

Again with the selective self congradulating.

Make enough calls and you're bound to hit a few.

And lets not forget MGOL, the super bomb of the blog.

Nailed it time and again? The guy is a permabull. He was wrong from 2007 until the bottom in 2009. Then, in 2009 we had the largest rally in the market since the Great Depression. So if you are always saying that the market is going to rally, then you looked like a genius last year even though you were dead wrong for 2 years. Yes, Palmoni is a good trader on his short term technical trades, but that is exactly what they are. Short-term technical trades. You will be better off financially if you listen to the likes of Jim Rogers, Mohammed El Erian and others when it comes to the general structural trends in the market that will determine your long-term investment success.

Anyone who tried to buy the dips during late '07 and throughout '08 lost tons more money than just the average buy and hold investor. And no, I am not advocating buy and hold, it does not work in this type of volatile market with stock prices at these levels. So if you are a short-term technical trader like Palmoni is, then fine. But understand that in many of the names that he pimps on here, he is probably out of them as soon as the weakness starts. The problem is that you guys, who are waiting for him to tell you what to do, will get crushed when the market weakens again. Look at the radio silence in the most recent downturn. He is never telling you when to sell, and trust me, he is selling much more than you or I know.

The super bomb isn't a bomb if you participated in the private placement at 5 as I did--you get the new stock in the new company Minatura LLC, divided by your private placement cost--and you will have stock in a new company that has 688,000 acres of gold producing, a copper project with 10% of it proved out with reserves in those areas alone of $1.2 billion of copper and $200 million of gold

and the NewCo has a market cap in excess of $180 million to start, so I'll be fine with that with my conversion, as once again, you just don't even know what you are talking about

Yeah, you're right. I don't know about what manipulations this boiler room stock is involved in.

And I would not know about private placements since they are, well, private. And as such, they may have different terms for buyers there.

MGOL was/is a scam so you can stop pumping it with tales of great riches in the jungle.
Lat trade on ther stock = .45