Turn $45 into $200 million with a garage sale find of Ansel Adams photos! 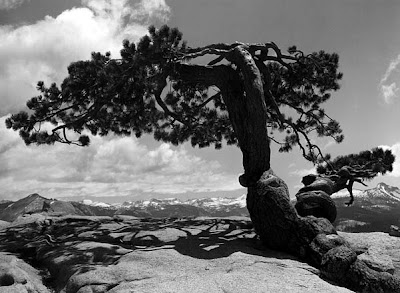 Los Angeles, California (CNN) -- Rick Norsigian's hobby of picking through piles of unwanted items at garage sales in search of antiques has paid off for the Fresno, California, painter.

Two small boxes he bought 10 years ago for $45 -- negotiated down from $70 -- are now estimated to be worth at least $200 million, according to a Beverly Hills art appraiser.

Those boxes contained 65 glass negatives created by famed nature photographer Ansel Adams in the early period of his career. Experts believed the negatives were destroyed in a 1937 darkroom fire that destroyed 5,000 plates.

"It truly is a missing link of Ansel Adams and history and his career," said David W. Streets, the appraiser and art dealer who is hosting an unveiling of the photographs at his Beverly Hills, California, gallery Tuesday.

The photographs apparently were taken between 1919 and the early 1930s, well before Adams -- who is known as the father of American photography -- became nationally recognized in the 1940s, Streets said.

"This is going to show the world the evolution of his eye, of his talent, of his skill, his gift, but also his legacy," Streets said. "And it's a portion that we thought had been destroyed in the studio fire."

How these 6.5 x 8.5 inch glass plate negatives of famous Yosemite landscapes and San Francisco landmarks -- some of them with fire damage -- made their way from Adams collection 70 years ago to a Southern California garage sale in 2000 can only be guessed.

The person who sold them to Norsigian at the garage sale told him he bought them in the 1940s at a warehouse salvage in Los Angeles.

Photography expert Patrick Alt, who helped confirm the authenticity of the negatives, suspects Adams carried them to use in a photography class he was teaching in Pasadena, California, in the early 1940s.

"It is my belief that he brought these negatives with him for teaching purposes and to show students how to not let their negatives be engulfed in a fire," Alt said. "I think this clearly explains the range of work in these negatives, from very early pictorialist boat pictures, to images not as successful, to images of the highest level of his work during this time period."

Alt said it is impossible to know why Adams would store them in Pasadena and never reclaim them.

The plates were individually wrapped in newspaper inside deteriorating manila envelopes. Notations on each envelope appeared to have been made by Virginia Adams, the photographer's wife, according to handwriting experts Michael Nattenberg and Marcel Matley. They compared them to samples provided by the Adams' grandson.

While most of the negatives appear never to have been printed, several are nearly identical to well-known Adams prints, the experts said.
Posted by Palmoni at 9:13 AM