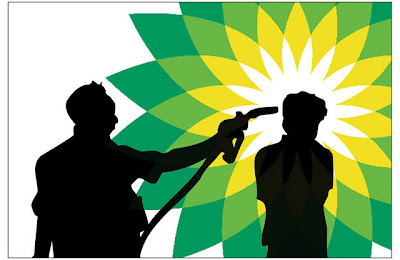 LOS ANGELES (MarketWatch) -- Oil giant BP PLC will reduce its contribution to U.S. coffers by roughly $10 billion due to a tax credit the company is claiming it incurred from the Gulf of Mexico oil spill.

BP said Tuesday that it is incurring a charge of $32.2 billion from the Gulf response, and as such, it is claiming a $9.9 billion taxation credit.

Asked in a conference call Tuesday about whether it has discussed the tax credit with President Barack Obama's administration, outgoing BP Chief Executive Tony Hayward said, "We have followed the IRS regulations as they're currently written."
Posted by Palmoni at 1:31 PM

There's a reason why the United States of America is the best place in the world to do business!

Piss on you income tax payer.