Oh My!!!! Looks like the bull isn't meat for you bears!! And the sausage from the meat grinder is now pork!! You bears got too piggish!!!

– Polls showing the GOP can take the House and the Senate in November.

– Some Democrats now want the tax hikes for 2011 to be delayed.

– Cap and trade is dead.

– Cameron’s popularity in the U.K. and market reaction there is setting an example for others regarding budgetary reform.

– China’s success in curbing its property bubble without bursting it.

– Growing confidence that the emerging markets, especially in Asia and Latin America, will be able to ‘decouple’ this time around. We heard this from more than just one CEO on our recent trip to NYC and Asian thumbprints were all over the positive news these past few weeks out of the likes of FedEx and UPS.

– Signs that consumer credit delinquency rates in the U.S. are rolling over.

– Mortgage delinquencies down five quarters in a row in California to a three-year low.

– The BP oil spill moving off the front pages.

– The financial regulation bill behind us and Goldman deciding to settle –more uncertainty out of the way.

– Widespread refutation of the ECRI as a leading indicator … even among the architects of the index! There is tremendous conviction now that a double-dip will be averted, even though 85% of the data releases in the past month have come in below expectations.

– Earnings season living up to expectations, especially among some key large-caps in the tech/industrial space – Microsoft, AT&T, CAT, and 3M are being viewed as game changers (especially 3M’s upped guidance). Even the airlines are reporting ripping results.

– Bernanke indicating that he can and will become more aggressive at stimulating monetary policy if he feels the need and yesterday urging the government to refrain from tightening fiscal policy (including tax hikes).

– Practically every street economist took a knife to Q2 and Q3 GDP growth, which has left PM’s believing we are into some sort of capitulation period where all the bad news is now “out there”. 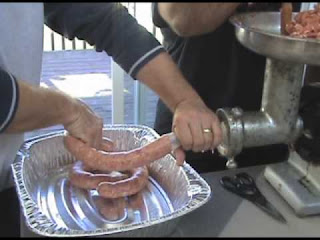 (He then still talks a bearish because it's a rally in a bear market blah blah blah...but really--now that we are back over 1100, he sees something? Last I checked, when we were at 1023, he was looking for 880 on the S&P.

What say ye bears??? Hah hah!!! Don't let the door hit you on the way out!!! Did you eat the sausage that your stroking geniuses were serving? Maybe some indigestion now with that????)

From our lens, this is still a meat-grinder of a market. The bulls have the upper hand, but only until the next shoe drops in this modern-day depression and post-bubble credit collapse. The S&P 500 is still down 2% for the year, the Dow by 1%, the FT-SE and Nikkei by 11%, the Hang Seng by 5% and China by over 20%.
Posted by Palmoni at 11:01 AM