Goldman finally lowered their outrageous pimp price of $190 on AMZN to $150.

In regards to market volitility:

In their option advice they suggest being long the Bovespa and short the Russell, estimating that this trade would be 100% of the time profitable over the past decade. 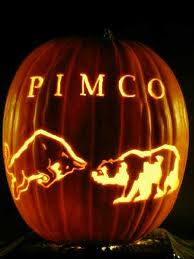 Now look at PIMCO this morning in regard to market volitility. Here's what they said: (Wait--Isn't PIMCO now in the business of hedging "tail" risk--an event that now predict will happen with increasing occurences? Oh My!! Another way to fleece the pensions and retirement systems of America!
--------
This is because we are in a New Normal world in which the distribution of outcomes is flatter and the tails are fatter. As such, the mean of the distribution becomes an observation that is very rarely realized, creating at least three fundamental consequences for investment strategy.

“Getting the tails right” will be easier said than done. Rules of thumb and historical correlations will likely prove to be irrelevant or, even worse, misleading guides to portfolio positioning. Examples abound: V-shaped recoveries may not inevitably follow deep recessions (as the incoming U.S. data are now confirming); tripling the monetary base may not inevitably lead to double-digit inflation (as the Treasury Inflation-Protected Securities [TIPS] market is telling us); and half-trillion-dollar official sector rescue packages may not inevitably be sufficient to address sovereign liquidity disruptions (as is reflected in Greek government bond prices).


GS main 0723
In reality, we just have daily volatility, confined to a rising channel, exaggerated by the influence of the HFT players who have an outsize influence on the market, because the retail investor still doesn't have any money or he's still staying away!

So now Wall Street needs to exaggerate that fear, so they can make some coin on it!

And from Goldman to PIMCO, they'll manage to take your coin with their highfalutin strategies!
Posted by Palmoni at 9:52 AM