Barron's give kudos to Zero Hedge 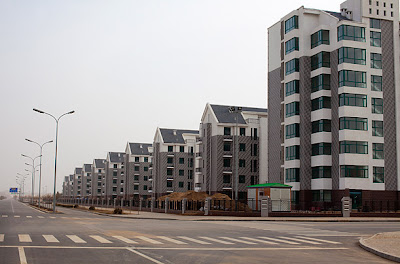 A few days back ZH had this story on China's 65 million vacant homes. Unless, of course, they are just getting their electricity for free:

"Adjusted for informal securitisation activity, Fitch estimates that the net amount of new CNY loans extended in H110 was closer to CNY5.9trn, or 28% above the official figure of CNY4.6trn...on a flow basis the volume of credit being shifted off balance sheets in recent times has been large and rising. Activity also is largely concentrated among just a few dozen banks, and institution?specific exposure is often much higher." And some are wondering why China's AgBank was scrambling to raise $20 billion via a hurried IPO... Yet this data pales in comparison with disclosure from a recent article in South China Morning Post, in which an economist at the Chinese Academy of Social Sciences noted estimates from electricity meter readings that there are about 64.5 million empty apartments and houses in urban areas of the country! This number is five times larger than the roughly 12 million in total US public (3.89 million) and shadow (8 million as estimated by Morgan Stanley) home inventory available currently. Forget Stephen Roach - China is covertly funding and creating a housing bubble that is at least 5 times as big as that of the United States. We leave it up to you to imagine the consequences of that particular bubble's bursting...

Another take is here.

A recent report from the State Grid Corporation of China (SGCC), a power grid corporation owned by the State Council, says 65.4 million houses in 660 cities across China have had zero electricity consumption for six months in succession. These houses, assumed to be vacant, can hold an estimated 200 million residents.

Among the many newly constructed projects, the “Jingjin new district” is claimed to be Asia’s largest luxury villa compound, located in a suburb of Tianjin, a metropolis 93 miles away from Beijing. The district has been an empty town since its construction was completed six years ago. 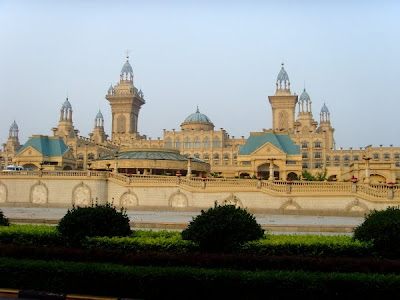 The Hyatt even built a new resort for the "vacant" city.

Barron's picked up on that this weekend, but they forgot to mention this story was six years old.

WE'RE INDEBTED TO ZERO HEDGE for a P.S. to the above. It cites a recent piece in the South China Morning Post, in which an economist at the Chinese Academy of Social Sciences reports that, based on readings of electricity meters, there are 64.5 million empty apartments and houses in the country's urban areas.

That, declares Zero Hedge, is five times the roughly 12 million vacant habitations (including shadow inventory) in the U.S. In other words, Zero Hedge exclaims, "China is covertly funding and creating a housing bubble at least five times as big as" our own late and unlamented housing bubble before it burst and left both housing and the economy in tatters.

An incorrigible optimist, we reckon that the consequences of a bust may prove only twice as bad in China as they did here. But why doesn't that make us feel any better?

Since Barron's was quoting Zero Hedge, I'll put out one of their latest germane pieces also:


The White House is claiming that the so-called stimulus created between 2.5 million and 3.6 million jobs even though total employment has dropped by more than 2.3 million since Obama took office. The Administration justifies this legerdemain by asserting that the economy actually would have lost about 5 million jobs without the new government spending.

I’ve decided to adopt this clever strategy to spice up my social life. Next time I see my buddies, I’m going to claim that I enjoyed a week of debauchery with the Victoria’s Secret models. And if any of them are rude enough to point out that I’m lying, I’ll simply explain that I started with an assumption of spending -7 nights with the supermodels. And since I actually spent zero nights with them, that means a net of +7. Some of you may be wondering whether it makes sense to begin with an assumption of “-7 nights,” but I figure that’s okay since Keynesians begin with the assumption that you can increase your prosperity by transferring money from your left pocket to your right pocket.