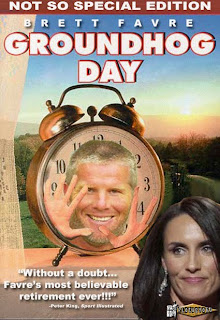 The Vikings appear to be pulling out all the stops in their quest to convince Brett Favre to play a 20th NFL season.

That much became clear as the Vikings began the morning practice on Tuesday at Winter Park without defensive end Jared Allen, offensive guard Steve Hutchinson or kicker Ryan Longwell on the field. All three were at practice Monday and haven’t dealt with injuries of late.

It's believed the trio was sent to Hattiesburg, Miss., to try to convince Favre to return. Sources confirmed the three were not at meetings earlier this morning either. 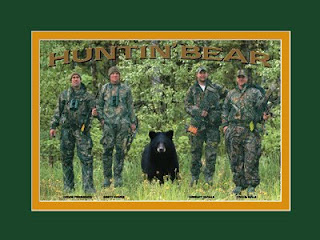 At least for you pikers afraid of the stock market, Brett already retired from hunting bear!
Posted by Palmoni at 1:52 PM