The liberation of Pilsen 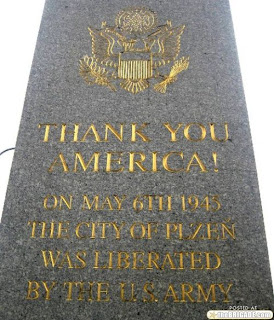 Every five years Plzen conducts the Liberation Celebration of the City of Pilsen in the Czech Republic. May 6th, 2010 marked the 65th anniversary of the liberation of Pilsen by General George Patton's 3rd Army. Hundreds of America veterans attend this celebration and are treated like rockstars! 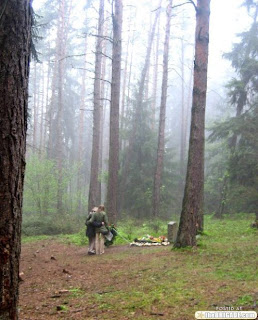 This is the crash site of Lt. Virgil P. Kirkham, the last recorded American USAAF pilot killed in Europe during WWII. It was Lt. Kirkham’s 82nd mission and one that he volunteered to go on. At the time this 20 year old pilot’s P-47 Thunderbolt plane was shot down, a young 14 year old Czech girl, Zdenka Sladkova, was so moved by his sacrifice she made a vow to care for him and his memory. For 65 straight years , Zdenka, now 79 years old, took on the responsibility to care for Virgil’s crash site and memorial near her home. 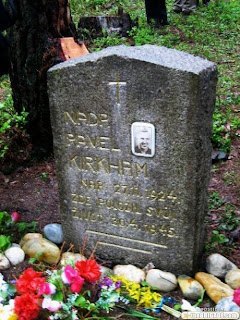 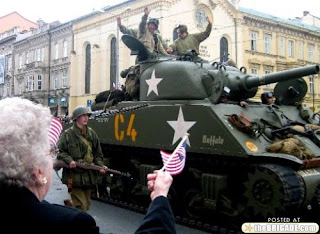 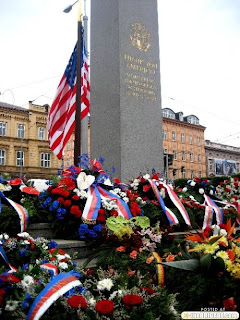 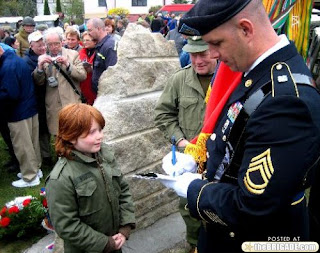 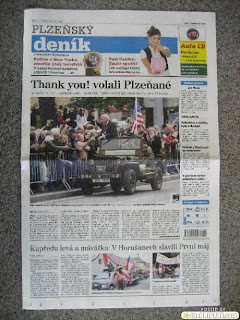 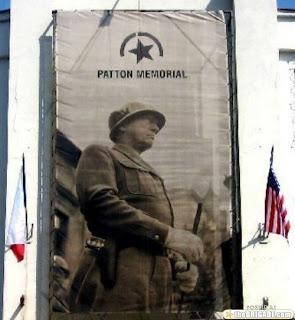