And they'll book this as a receivable using the tricks that the broke banks use! 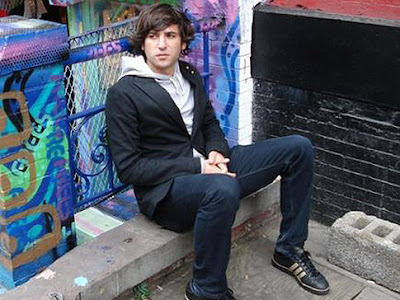 NY Daily News
He failed as a day-trader and barely survived in New York on a beer budget, but Marcos Esparza Bofill has been hit with a $172 million tax bill by the IRS. 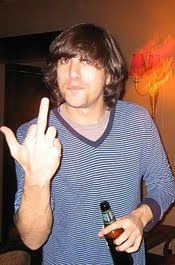 "Who's the IRS?" Esparza Bofill, a twentysomething Spanish émigré, asked a friend who alerted him to his astronomical back taxes.

Esparza Bofill moved to New York from his native Spain in 2006 to try his hand at day-trading. When he nearly went bust after a year, he moved back home.

"He lost money while he was here. He couldn't afford rent," said friend Adam Baruchowitz of Brooklyn.

Esparza Bofill didn't file an income tax return for the year he was here swapping stocks - and that's leading to big problems with Uncle Sam.

The feds tracked his every trade. But because Esparza Bofill never accounted for his losses or expenses in tax filings, the IRS presumed he made a pure profit - a staggering $500 million in income. 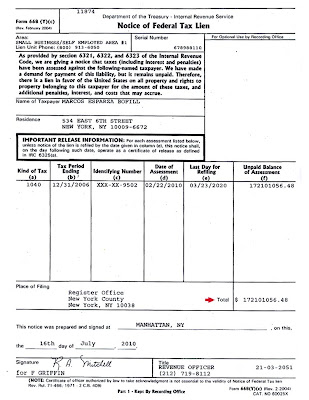 Palmoni you need to look how much yuo are on the hook at the IRS.
You were so successfull recently touting and trading that you have huge profit at IRS. he-he

The IRS just assumes that every stock sale is 100% profit, zero cost basis, until you prove the cost basis.

Once this guy files a proper tax return he'll owe nothing.