Big Government can track you 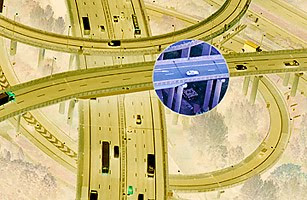 Time.com
Government agents can sneak onto your property in the middle of the night, put a GPS device on the bottom of your car and keep track of everywhere you go. This doesn't violate your Fourth Amendment rights, because you do not have any reasonable expectation of privacy in your own driveway — and no reasonable expectation that the government isn't tracking your movements.

That is the bizarre — and scary — rule that now applies in California and eight other Western states. The U.S. Court of Appeals for the Ninth Circuit, which covers this vast jurisdiction, recently decided the government can monitor you in this way virtually anytime it wants — with no need for a search warrant..
This case began in 2007, when Drug Enforcement Administration (DEA) agents decided to monitor Juan Pineda-Moreno, an Oregon resident who they suspected was growing marijuana. They snuck onto his property in the middle of the night and found his Jeep in his driveway, a few feet from his trailer home. Then they attached a GPS tracking device to the vehicle's underside.

After Pineda-Moreno challenged the DEA's actions, a three-judge panel of the Ninth Circuit ruled in January that it was all perfectly legal. More disturbingly, a larger group of judges on the circuit, who were subsequently asked to reconsider the ruling, decided this month to let it stand. (Pineda-Moreno has pleaded guilty conditionally to conspiracy to manufacture marijuana and manufacturing marijuana while appealing the denial of his motion to suppress evidence obtained with the help of GPS.)

In fact, the government violated Pineda-Moreno's privacy rights in two different ways. For starters, the invasion of his driveway was wrong. The courts have long held that people have a reasonable expectation of privacy in their homes and in the "curtilage," a fancy legal term for the area around the home. The government's intrusion on property just a few feet away was clearly in this zone of privacy.

The judges veered into offensiveness when they explained why Pineda-Moreno's driveway was not private. It was open to strangers, they said, such as delivery people and neighborhood children, who could wander across it uninvited. 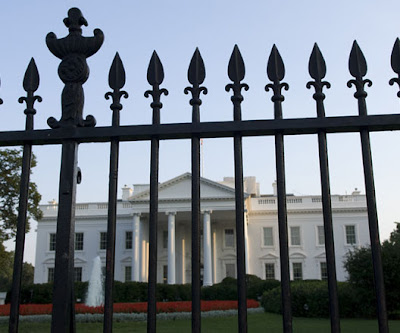 Chief Judge Alex Kozinski, who dissented from this month's decision refusing to reconsider the case, pointed out whose homes are not open to strangers: rich people's. The court's ruling, he said, means that people who protect their homes with electric gates, fences and security booths have a large protected zone of privacy around their homes. People who cannot afford such barriers have to put up with the government sneaking around at night.

Judge Kozinski is a leading conservative, appointed by President Ronald Reagan, but in his dissent he came across as a raging liberal. "There's been much talk about diversity on the bench, but there's one kind of diversity that doesn't exist," he wrote. "No truly poor people are appointed as federal judges, or as state judges for that matter." The judges in the majority, he charged, were guilty of "cultural elitism."
Posted by Palmoni at 11:42 AM