Get out your Wranglers--Brett Favre is back!!! 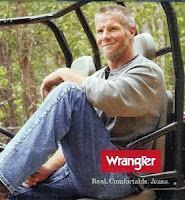 I guess I have to do the bear hunting!!!!

Jay Glazer from Fox sports:
The on-again, off-again drama that is Brett Favre now appears to be on again. A trio of Vikings teammates including Pro Bowl guard Steve Hutchinson, defensive end Jared Allen and kicker Ryan Longwell flew to Hattiesburg, Miss. to push Favre to give them one more season.

Favre informed the trio Tuesday that he is, in fact, back in and will rejoin the Vikings, FOXSports.com has learned.

In addition, Favre is on the plane with the players and is heading back to Minneapolis. However, while signs point to Favre coming back, neither he nor his agent have informed the team that he’s returning. And with Favre, another change of heart is certainly not out of the question. 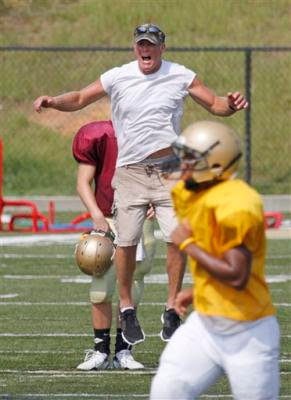 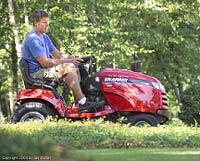 And here is a picture of Favre the other day, winging footballs around in high school football practice.

The dude was getting pumped!

Tractor life was getting boring!!!
Posted by Palmoni at 4:38 PM