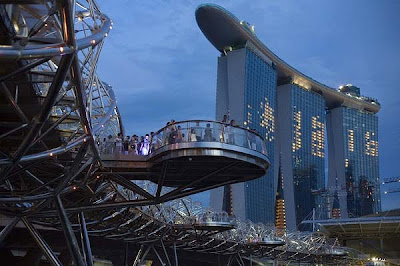 Las Vegas Sands' credit facility amend and extend should enhance LVS' already solid balance sheet. LVS was able to reduce $1 billion in debt, extend $2.9 billion of its debt an additional 2 years at attractive interest rates (an increase of 100 bp over LIBOR) and relax its leverage covenants. The transaction gives LVS additional flexibility in the US, which is important as the covenants in the US were the most constraining on its cash balances. Given today's announcement plus continued strong newsflow regarding gaming growth in Singapore, we are raising our price target to $32 from $30.

Today, Las Vegas Sands announced an amendment and extension of the company's US-based credit facility. The transaction extends 75% of LVS' $3.9 billion credit facility to maturities of 2015 and 2016 at L+275. LVS agreed to pay down $1 billion of the $3 billion in extended term loans, resulting in $1.9 billion in extended term loans outstanding. The $980 million in term loans not extended will continue to mature in 2013 and 2014 and bear interest at L+175.