Will the Fed get into storage?

But unlike DELL or HP, they are doing it a different way.

Pay minus 25 basis points of interest on reserves. Or so says Alan Blinder. 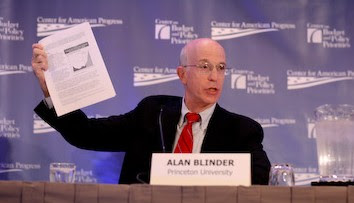 Remember him? With his paper showing the economy is doing just fine with all the Fed's help?

Now we have this:

Interest on reserves. In October 2008, the Fed acquired the power to pay interest on the balances that banks hold on reserve at the Fed. It has been using that power ever since, with the interest rate on reserves now at 25 basis points. Puny, yes, but not compared to the yields on Treasury bills, federal funds, or checking accounts. And at that puny interest rate, banks are voluntarily holding about $1 trillion of excess reserves.

So the third easing option is to cut the interest rate on reserves in order to induce bankers to disgorge some of them. Unfortunately, going from 25 basis points to zero is not much. But why stop there? How about minus 25 basis points? That may sound crazy, but central bank balances can pay negative rates of interest. It's happened. 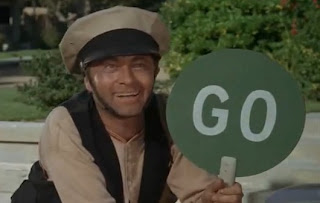 Charging 25 basis points for storage should get banks sending money elsewhere. The question is where. If they just move money from their accounts at the Fed to the federal funds market, the funds rate will fall—but it can't fall far. After all, it has averaged only 16 basis points since December 2008. If banks move the money into Treasury bills instead, the T-bill rate will fall. But even if it drops all the way to zero, that's not a big change from its 12-month average of 11 basis points (for three-month bills). So charging 25 basis points is no panacea.
Posted by Palmoni at 1:04 PM

do you think this will take place?


i'm not a TA guy but do they always play out the way you want it to?

I just don't buy into that at all. I think the lows are already in--and the knee jerk sell-off this am, followed by the quick rally --and then sustained followthru the rest of the day--well that was good enough for me

Merger Monday is on deck, Labor next week, and it means we've gotten thru the summer doldrums