Oh My--Armageddon is coming--After all, isn't that the byline of this story in the WSJ? 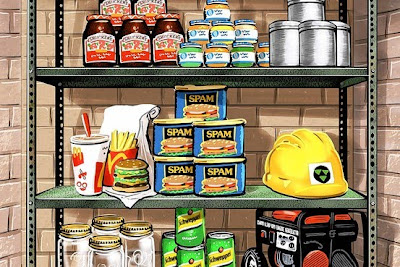 WSJ
It is the ultimate bunker portfolio.

Amid the market tumult, a handful of stocks have seen their share prices ratchet up to record highs in recent weeks. And many of them are connected by a curious, if disconcerting, thread: Between them, they provide an investor with essentials for any respectable fallout shelter—makers of bottled water, canned goods, dehydrated broth, gas masks and auxiliary generators.

A portfolio of the 18 companies that reached their peaks in the past month would be up about 24% this year, compared with the broader market's 4.5% decline, a sign some investors may be taking the prospects of financial Armageddon more seriously than one might think.
Hormel Foods Inc., the 120-year-old producer of that dugout staple, Spam, is up 12% this year, and hit an all-time high of $43.95 in recent weeks. The company's stable of long-life provisions, from instant packets of dehydrated broth to wrapped sausages, are critical for weathering even the most prolonged storm.

Also in the bunker club, Cummins Inc. The maker of a wide range of auxiliary power generators in addition to truck engines is up 66% this year. Shares of the Columbus, Ind., manufacturer hit a record $81.83 last Wednesday.

Hard hats and gas masks? Airgas Inc. makes both. Shares of the Radnor, Pa.-based company, which spiked in February after a hostile bid from rival Air Products & Chemicals Inc., has since added to those gains, hitting its best-ever close, at $66.72, on Friday.

So let's see where the demand for Cummin's engines is coming from. Is there success due to demand for generators from the end of the world crowd? 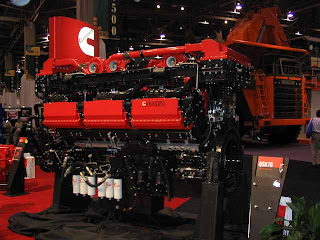 From Cummins' latest earnings release:
“The work we have done to strengthen our manufacturing operations during the downturn has resulted in significant productivity gains, and we continue to benefit from our leadership position in large and growing international markets such as China, India and Brazil.”

Nothing about bomb shelters here. 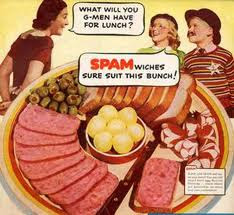 How about Hormel? Was Spam flying off the shelves into bomb shelters? Let's check their latest earnings:

All Other (4% of Net Sales, 3% of Total Segment Operating Profit)


Segment profit for the All Other Segment, which consists primarily of Hormel Foods International, was up slightly for the third quarter. Strong export sales of the SPAM(R) family of products were largely offset by higher raw material costs during the quarter.

Oh My! Profits from Spam were actually down!! And strength in Spam was in exports.

And that's the WSJ. Exporting their bearish Spam because it makes a good story.

Because they want you to believe we are all going from McMansions to fallout shelters!
Posted by Palmoni at 3:36 PM

Thank you for every other informative web site.

The place else may I get that kind of info written in such a
perfect way? I've a venture that I am just now working on, and I've been
at the look out for such information.