College students can now bet on their grades 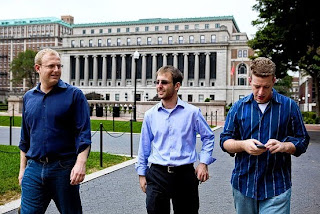 WSJ
Two New York entrepreneurs are offering college students the chance to put their money where their grades are.

Their website lets college students place wagers on their own academic performance, betting they will earn, say, an A in biology or a B in calculus. Students with low grade point averages are considered long shots, so they have the opportunity to win more money for high grades than classmates with a better GPA.

The pair of recent college graduates who founded Ultrinsic.com say they hope to turn a profit and inspire students to work harder. "It would be great if everyone was intrinsically motivated to get good grades, but that's, like, not reality," said Jeremy Gelbart, a 23-year-old co-founder of the site.

But students can bet against themselves, too, wagering they won't achieve a high grade point average. And education experts—along with several of the schools Ultrinsic is targeting—say the use of money as a motivator for academic achievement is dubious at best. Questions remain about whether the venture will run up against laws restricting Internet gambling.
The website attracted wagers by 600 students from two colleges last year, said Mr. Gelbart and co-founder Steven Wolf, graduates of Queens College. This month, the site expanded to let students on 36 campuses—including Harvard, Stanford and Brigham Young University—place bets. More than 1,000 new bettors have signed on.

Lisa Lapin, a Stanford University spokeswoman, said school officials were "appalled" when they learned Stanford students could place bets on their grades, adding, "the concept of betting on academic performance is contrary to academic development."

Lance Miller, a finance major at the University of Pennsylvania, says the criticism misses the mark. Mr. Miller, with a GPA of 3.6, won about $80 on two $40 bets that he would earn A's in business courses.