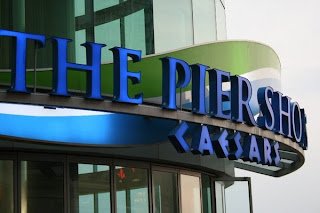 WSJ
Like homeowners walking away from mortgaged houses that plummeted in value, some of the largest commercial-property owners are defaulting on debts and surrendering buildings worth less than their loans.

Companies such as Macerich Co., Vornado Realty Trust and Simon Property Group Inc. have recently stopped making mortgage payments to put pressure on lenders to restructure debts. In many cases they have walked away, sending keys to properties whose values had fallen far below the mortgage amounts, a process known as "jingle mail." These companies all have piles of cash to make the payments. They are simply opting to default because they believe it makes good business sense.

"We don't do this lightly," said Robert Taubman, chief executive of Taubman Centers Inc. The luxury-mall owner, with upscale properties such as the Beverly Center in Los Angeles, decided earlier this year to stop covering interest payments on its $135 million mortgage on the Pier Shops at Caesars in Atlantic City, N.J.

Taubman, which estimates the mall is now worth only $52 million, gave it back to its mortgage holder.

"Where it's fairly obvious that the gap is large, as it was with the Pier Shops, individual owners are making very tough decisions," he said....

More landlords are expected to follow suit. Of the $1.4 trillion of commercial-real-estate debt coming due by the end of 2014, roughly 52% is attached to properties that are underwater, according to debt-analysis company Trepp LLC. And as the economic recovery sputters, owners of struggling properties are realizing a big property-value rebound isn't imminent...

If borrowers do walk from bond-financed properties, the real estate is often foreclosed and sold for less than the loan balance. Investors holding those loans take another hit by paying fees to loan servicers that handle the liquidations.

Also, public and private real-estate companies don't often default on mortgages provided by banks because the same banks are likely to be providers of credit lines or other loans. Playing hardball with a bank on one loan could adversely affect the relationship and other loans. 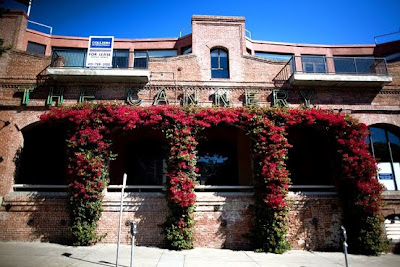 In one recent CMBS default, Vornado, one of the country's largest owners of offices and malls, stopped payments on an $18 million mortgage on the Cannery at Del Monte Square mixed-use development in San Francisco. Simon Property Group last year also walked away from the struggling Palm Beach Mall in West Palm Beach, Fla. And Macerich in July forfeited Dallas's Valley View Center mall, which was saddled with a $135 million mortgage.

Owners of commercial property have an easier time walking away than homeowners because commercial mortgages are typically nonrecourse. That means the biggest penalty for walking away is the forfeiture of assets and cash flow they may generate.
Posted by Palmoni at 9:51 AM