Prosecutors make up rape charge against Wikileaks founder, only to have warrant withdrawn 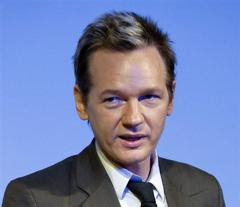 Big Governement will try and get you any way they can!

First you had this story:

STOCKHOLM (AP) -- The founder of WikiLeaks was accused of rape in a Swedish arrest warrant Saturday that turned the spotlight onto the former hacker who's infuriated governments with his self-proclaimed mission to make secrets public.

The accusation was labeled a dirty trick by Julian Assange and his group, who are preparing to release a fresh batch of classified U.S. documents from the Afghan war.

Swedish prosecutors urged Assange -- a nomadic 39-year-old Australian whose whereabouts were unclear -- to turn himself in to police to face questioning in one case involving suspicions of rape and another based on an accusation of molestation.

They issued a warrant for his arrest, a move that doesn't necessarily mean that criminal charges will be filed. Investigators want him in custody because they believe there is a risk he will obstruct the probe by destroying evidence, said Karin Rosander, a spokeswoman for the Swedish Prosecution Authority

STOCKHOLM (AP) -- Swedish prosecutors have withdrawn an arrest warrant for WikiLeaks founder Julian Assange, saying the rape suspicions against him are unfounded.

In a brief statement Saturday, chief prosecutor Eva Finne says: "I don't think there is reason to suspect that he has committed rape."
Posted by Palmoni at 11:49 AM