Man "bobbitts" himself to avoid deportation 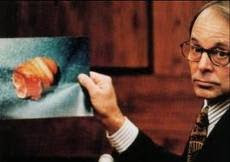 (AFP) - A Kazakh man cut off his penis at Madrid's Barajas airport to avoid being extradited home and was hospitalized in serious condition, Spanish media reported Friday.

The 52-year-old man had finished serving a five-year prison sentence in Spain for a violent crime and was due to be extradited back to Kazakhstan overnight Monday.

Despite being escorted by several police officers, the man was able to slip a knife out of his clothing and sever his penis.

The man was admitted to a Madrid hospital and was still in a serious condition Friday, Spanish media said. 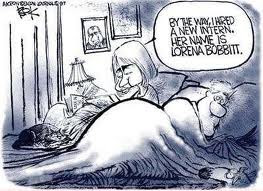 time for the bulls to cut off their own penises, bears are about to goar them again