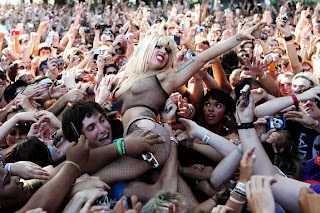 Big deal--just a cheap thrill on the decline of "productivity." You bears better cop a feel when you have the chance!

Non farm productivity declined 0.9% in Q2. About time! The average worker is way over-worked. Except of course, those making $121,000 working for Uncle Sam!!

What do you expect ? Federal workers follow in the footsteps of the Big Boss! 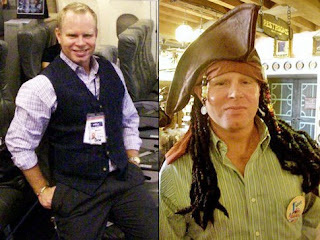 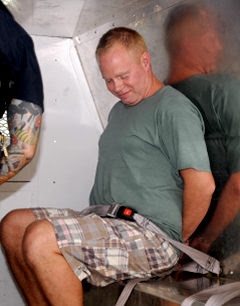 But productivity? In other words, Wall Street wants you to believe, that every worker will know tell their boss and customers to f*ck off, grab a beer and slide down the plane's chute, and then go home and have sex with your boyfriend, before the Port Authority police arrest you!

And then Steven Slater was charged with "criminal mischief" and "reckless endangerment" because he told his employer to take his job and shove it?

The guy grabs two beers before he slides down the chute and tells his boss to shove it. Do you think any Jury in America will convict him of anything? Especially those who now would rather be on jury duty, than in their corporate cubicle!

Good luck making any of these charges stick as a whole lot of other folks would like to Slater their boss!
Posted by Palmoni at 10:45 AM