It's Saturday night, and even Steve Jobs, can't get a table! 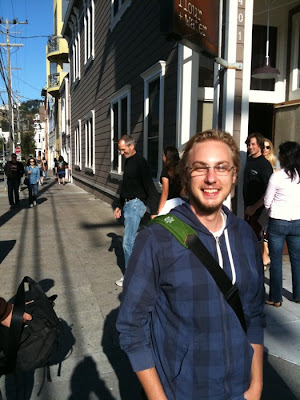 But wait--first the internet conspiracy--who will say that this is a photoshop job.

When of course it isn't. It's the shadows..blah blah blah--reminiscent of the "moon landing hoax!' 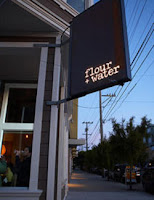 But Flour+Water now says that they will have a table for the billionaire!!

Passmore says Flour + Water has a message for Mr. Jobs: Come back! He said that this time, the restaurant will seriously hook him up with a table, a way of making good on a night that turned as janky for Jobs as the reception on an iPhone 4.

What will the bears spin be on this news? Like everything else they spin?

The economy is so bad, that so many people are just eating flour and water!!!

Disregarding the fact that Flour+Water was the best new restaurant in San Fransico!
Posted by Palmoni at 6:40 PM

keep it up...glad you're posting more of everything again...

yeh been trading more lately so more free time! You sit in front of the screen, and you think you have to make trades when you don't!