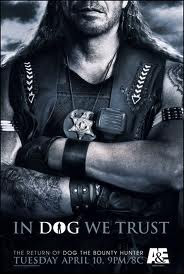 It's bounty hunting time for insider information!!!  Time for A&E to get a new show!!

FT
New US whistleblowing incentives within the Dodd-Frank financial reform act – that could net informants multimillion dollar pay-outs – are likely to generate a surge in allegations against US-listed companies and Wall Street banks, lawyers say.

The Securities and Exchange Commission is expecting a sharp increase in tip-offs from senior employees and third parties prompted by potential seven-figure bounties.

“The scale of the awards reflects the high quality of whistleblower we hope to get – people within a company, broker or other regulated firm that we might not have heard from before,” Stephen Cohen, an SEC official, told the Financial Times. “We’re expecting a tremendous response

People who provide original information that leads to a successful SEC enforcement action will now be entitled to 10 per cent to 30 per cent of any sanction imposed over $1m – including a share of the proceeds from any related regulatory action or shareholders’ lawsuit.
“We’ve seen recent settlements of SEC actions of up to $800m . . . this is a tremendous incentive for people to blow the whistle and for entrepreneurial law firms to represent them,” said John Coffee, a law professor at Columbia University.