Today's depressionista bears could of worked for the New York Sun 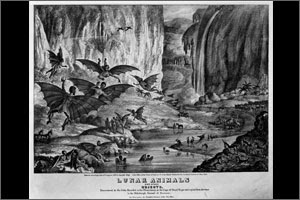 In 1835, the New York Sun had a story "Great Astronomical Studies" where they had this to say about the moon--four foot bat like creatures that were visible from a telescope from the Cape of Good Hope:

“They average four feet in height, were covered, except on the face, with short and glossy copper-colored hair, and had wings composed of thin membrane. … Their wings possessed great expansion and were similar in structure to those of the bat. … The wings seemed completely under the command of volition, for those of the creatures whom we saw bathing in the water, spread them instantly to their full width, waved them as ducks do theirs to shake off the water, and then as instantly closed them again in a compact form. … Whenever we afterwards saw them, these creatures were evidently engaged in conversation.”

The diffference between today's doomsdayers, is that some readers of the New York Sun knew that they were describing a hoax.

We have the same hoax now from the bears.

Sensationalizing news stories to get circulation! 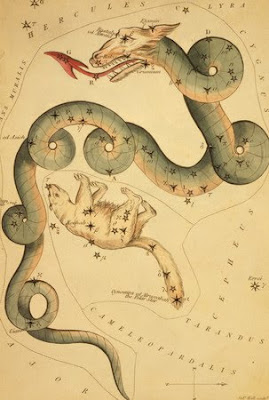 But then again, isn't this Ursa Minor? 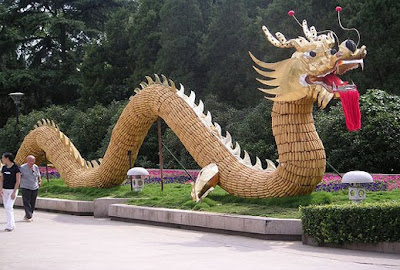 It looks like the Far East dragon is still taking the little bear down!! 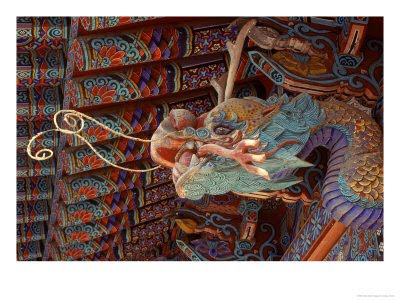 Palomoni, did u hear ? Tommorow a Solar Tsunami to Strike Earth! I just heard about it on FOX. This rumor will create a giant sell off and will be a great time to pick up some good names.

and what do you think of V?

I was watching V today. Goldman on their report this morning gave some bullish color on V and MA. I was looking at the Sept 75 calls at 1.60 but I didn't get hit