Moodys: 36 of the 100 largest money market funds had to be propped up 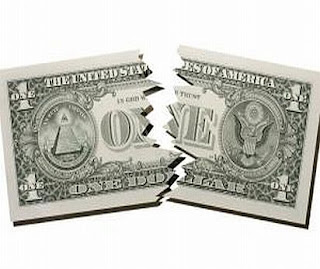 WSJ
At least 36 of the 100-largest U.S. prime money-market funds had to be propped up in order to survive the financial crisis, according to a report from Moody's Investors Service.

From August 2007 to December 2009, at least 20 firms that manage such funds in the U.S. and Europe pumped more than $12 billion combined into their funds, according to the Moody's Corp. unit. The lifelines included purchases of troubled securities and capital contributions.

Without that help, the battered money-market funds would have "broken the buck," or fallen below the $1-a-share net asset value typically maintained by the funds, said Henry Shilling, senior vice president at Moody's.

Prime funds invest in securities issued by corporations, the government and government-sponsored enterprises such as Fannie Mae.

The report shows how much the money-market world was rocked by the financial crisis. The chaos deepened in September 2008, when Reserve Primary fund's net-asset value dropped to 97 cents a share because of its holdings of battered Lehman Brothers Holdings Inc. debt.

Moody's warned that mutual-fund companies might be less willing to bail out troubled money-market funds next time...
------
The Reserve Fund was just the only fund that admitted its problems!!
Posted by Palmoni at 3:05 AM

Valuable post!A good writing style and information is certainly useful. For all readers must continue to write such excellent articles. Thanks for sharing this information.