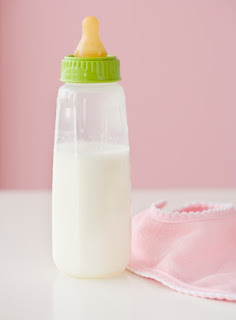 The investigation by the country's food safety authorities will look into allegations that three girls, aged between four and 15 months, were found to have abnormal premature pubescent developments allegedly after consuming the same baby formula. The infants, who live in three separate towns near the central Chinese city Wuhan, were reportedly found to have as much estradiol, a female sex hormone, in their tiny bodies as an adult woman. The babes also had three to seven times the expected level of another hormone called lactogen, an investigation by Beijing's Health Times newspaper said.

God I'd never buy anything edible from China. What a craphole. Who knows what else they do that hasn't been detected.