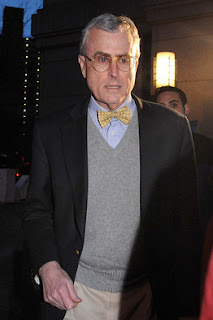 Here's some of the institutions that got taken:

Carnegie Mellon $49 million
University of Pittsburgh $65 million
Iowa Public Employees $339 million
Sacramento Public Employees $89 million
Where did the money go?
Of the over $1.3 billion invested, notes from Paul Greenwood and Stephen Walsh made up $553 million of the over $794 million of "receivables."
$160 million was used for personal expenses. In other words, they stole the money, spent it, and wrote an IOU for it, including an $80,000 Steiff Teddy bear and a $3 million home for Walsh's ex-wife, and a horse farm bought from Paul Newman.
Posted by Palmoni at 12:03 AM