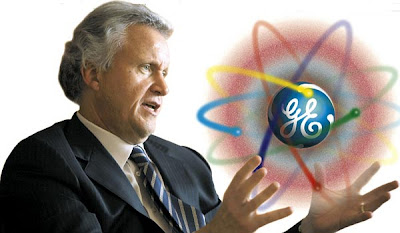 Two months ago, GE made these statements about it's dividend:

"culturally important part of the company"
"We have prioritized dividends as the best use of capital right now"
"we are committed to the current dividend throughout 2009"
http://aaronandmoses.blogspot.com/2008/12/immelts-statements-on-ges-dividend.html
Three months ago, GE put out a press release:

There has been speculation in the media and among analysts recently about GE's plans for its dividend. Here are a few facts:

• GE has paid a dividend each quarter for more than 100 years.

• On Sept. 25, GE stated that its Board of Directors had approved management’s plan to maintain GE’s quarterly dividend of $0.31 per share, totaling $1.24 per share annually, through the end of 2009. That plan is unchanged.

• GE expects cash flow to be greater than the amount needed to fund the dividend in 2009.

• GE has taken a number of steps to strengthen its liquidity plan, including participation in the U.S. Government's Commercial Paper Funding Facility (CPFF) and FDIC's Temporary Loan Guarantee (TLGP). Both of these government programs provide additional levels of security for our investors,strengthen our ability to support the planned dividend in 2009, and do not place any restrictions on our dividend policy.

Today they cut it, to save $9 billion. Jeffrey Immelt at GE has managed the greatest "twofer" in GE's history. He has managed to melt down both the dividend and the stock price!
That's rocket science the GE way!
Here we had the dividend cut story beforehand on Dow, GE and JPM.
The next big dividend cut will be Wells Fargo.
And they are on deck!
Posted by Palmoni at 6:59 PM