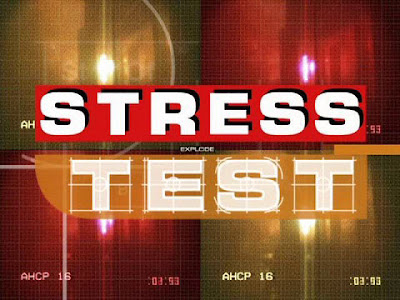 Now we hear that the administration is going to put a stress test on the 20 largest banks to make sure they have sufficient capital. The stress test is a farce, but to sell it, they have the best capitalized bank, JP Morgan, slash their dividend, as an example of a bank being precautionary about the current banking environment.

Thus, the liars at the FDIC, Treasury, OCC, OTS and the liar in chief, Ben Bernanke seem to think that their statements can sell the public, especially when Sheila Bair comes out today and says the banks are "well capitalized!"
http://www.google.com/hostednews/ap/article/ALeqM5iZKNwRyOoCx_vnwxKUC0bfIxE1EAD96HUTPO1

Do you really need a stress test to see if the banks have adequate capital? Use the $1 test. Vikram Pandit, the CEO of Citigroup is taking a salary of $1. He probably thinks this will allow shareholders to forget that he sold his now defunct hedge fund to Citigroup for $800 million!
http://www.investmentnews.com/apps/pbcs.dll/article?AID=/20070416/FREE/70416004/1001

And that Citigroup is essentially still insolvent!
http://aaronandmoses.blogspot.com/2009/02/tangible-common-equity.html

Today the Chinese market lost over 4%. China also has a severe real estate bust. The buildings for the Bejing Olympics in China are now empty:

But don't worry. China's second largest insurance company, Ping An, who lost $2.3 billion in Fortis, has decided to follow Vikram Pandit's lead of Citigroup and take a $1 salary also:

Stress test? How about the Chinese real estate that is on Ping An's books with a 14 year supply? But Ma was one-upped by China's Liang Wengen, who is chairman of Sany Heavy, China's biggest supplier of concrete-making equipment. (With a 14 year supply of commercial real-estate who needs concrete equipment?)

He cut his salary to 15 cents!

Who needs a bank stress test?

Just check out who's paying their CEO's a dollar!
Posted by Palmoni at 8:17 AM