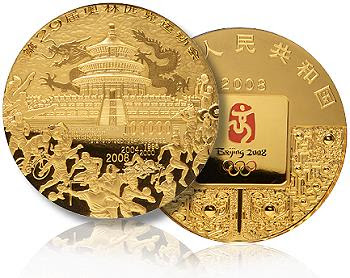 The US Mint sold 4X the amount of Gold Eagles this month, than the same time as last year, despite substantially higher premium prices for gold.

Gold interest in ETF's caused them to purchase 105 tons of gold in January, half of the world's production.

Nobody trusts the Central Bankers who man the paper presses of the world.

That is, nobody that has any money left!

So the IMF, now wants to dampen the buying interest, by saying they still plan on selling 403 tons of gold.

So hit the bid.

Why talk about it?

Maybe they learned from Bernanke. He told the world he was going to buy long term treasury securities, before he changed his mind, and said he wasn't.

So let the IMF sell it.

The buyers will take it.

Especially those who want to own the physical metal.

But those buyers will have to wait. Because the IMF says, they need to check with Congress, to get the OK!

The package of IMF governance reforms, including gold sales, was submitted to the U.S. Congress last November, but will need to be reintroduced as a formality," the IMF spokeswoman said. "The timeline will depend on the Congress' schedule."
http://money.ninemsn.com.au/article.aspx?id=750248

Now remember, the IMF doesn't really want to sell their gold. This "proposal" has been around since 2007!

The sale of 403.3 tonnes of gold was originally proposed in 2007 after a committee chaired by Andrew Crockett recommended the IMF adopt a new funding model.

And China, the paragon of truth telling, who has been dumping their US mortgage backed bonds, and US Government paper, are now telling us they have decided to hold on to their paper:

Luo Ping, a director-general at the China Banking Regulatory Commission, said after a speech in New York on Wednesday that China would continue to buy Treasuries in spite of its misgivings about US finances. “Except for US Treasuries, what can you hold?” he asked. “Gold? You don’t hold Japanese government bonds or UK bonds. US Treasuries are the safe haven. For everyone, including China, it is the only option.”
http://www.ft.com/cms/s/0/ba857be6-f88f-11dd-aae8-000077b07658.html

Who talked to China? Two days ago, China wanted a guarantee that their US Government debt would be safe:

China should seek guarantees that its $682 billion holdings of U.S. government debt won’t be eroded by “reckless policies,” said Yu Yongding, a former adviser to the central bank.

The U.S. “should make the Chinese feel confident that the value of the assets at least will not be eroded in a significant way,” Yu, who now heads the World Economics and Politics Institute at the Chinese Academy of Social Sciences, said in response to e-mailed questions yesterday from Beijing. He declined to elaborate on the assurances needed by China, the biggest foreign holder of U.S. government debt.
http://www.bloomberg.com/apps/news?pid=newsarchive&sid=aG_eSDsmh7rw

Yesterday, China wanted a guarantee; and now they want to keep their paper?

China's biggest event of the last decade, was their hosting of the Olympics. So what did China do to commemorate this? Did they make some new paper currency to hawk to the world? No, they made the world's largest gold coin---It was 10 kilos.

And made of gold!

If the IMF really wanted to sell 403 tons of gold, why don't they give China a call. They'll swap you some US guaranteed government debt for it!

So tell the world a different story, and see if they believe you!

After all, that's what the Central Banker of the United States, Benjamin Bernanke does!
Posted by Palmoni at 10:44 PM

In my opinion, I'll still buy gold even if there comes a time that it won't be as much popular as it is now. My reason for this is that gold is very important our lives. There are so many equipment that needs gold. In case there's a shortage, I can always demand a higher price for the gold that I have. There's a lot more gold related posts in BUYGOLDASSETS.com.