It will be a cold day in hell! 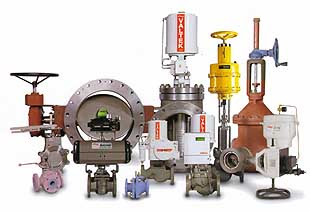 Now we hear that the next 50 points in the S&P will be down?

Here's what Doug Kass had to say this morning:

Kass: Next big move will be down

While the media talks green shoots, the recent leg up in U.S. equities seems to be based more on demand for stocks overwhelming supply rather than substantive signs of emerging worldwide economic growth.

Unlike the many observers who now are following stocks higher and upping their S&P 500 target forecasts, I believe that the next 50 points in the S&P will be down, not up, as the clouds over the horizon expressed in yesterday's column come to the fore.

As have previously written, the carnage in fixed income -- the long bond was down another three points yesterday -- has accelerated the reallocation of pension plans out of bonds, where they are currently skewed, and into equities.

How about Jeff Cooper at Minyanville?

Market puts on it's spikes.

While some on the street are hyperventilating about the necessity of underinvested money managers to chase this market or lose their jobs, the other side of the coin is that The Boyz may be putting out the carrot before they bring out the stick. In other words, a good ole fashion jam job, a buy ‘em to bang ‘em. If they can spike the market up into the 90 day period where afterwards institutional selling has less adverse tax consequences, then they will be able to manufacture bids by pullback buyers all the way down to at least 878 (after all the market broke out, didn’t it?) and distribute stock.

I suppose I've been hyperventilating --so I'm guilty as charged!

Now why don't these bears think about the noose that is around portfolio managers that aren't yet invested in stocks. That are underperforming this market? Or are short?How much pressure do you think is on them? How much sleep are they getting this weekend? How much tightness do they have on their chest?

So now Friday's close, and yesterday's move are going to be repealed? You'd have better luck repealing the 21st amendment!

How about auto sales? Aren't they also getting better at a faster clip?

Tonight GM gets booted from the S&P, and next week it's canned from the Dow. What's it being replaced with? Cisco. Why not GOOG or AAPL? How about because the index is capitalization weighted. Now I covered this yesterday with a simplistic explanation. But what would happen in real life? If GOOG was added to the Dow?

Now look at Barclay's today. Didn't the "long term investors" from Abu Dhabi's International Petroleum Investment Company, cash in their stake today for a $2.5 billion profit after holding it for all of seven months?

Now we know OPEC is the most rapacious taxer on the planet.

Now if this crew from OPEC can't even keep their promise on a long term investment, what makes you think that oil is going much more higher than it is now? Aren't they going to start cheating already? Isn't that then, a plus for equities?

Now let's take another look at the S&P and funky math. Didn't AAPL make $1.2 billion for the latest quarter? A few hundred million for Amazon? A half a billion for RIMM? $1.6 billion for GOOG? $3.5 billion between them? Now let's throw in GM's quarter. They lost $6 billion. OMG--The PE on these combined companies is infinity! They're losing money!!

The sky is falling! The S&P is heading down!

Once again, that will be a cold day in hell!

Because once in hell, you can't get out. And the bears are stuck in their, praying to Lucifer for salvation from the bull market with the number of the beast! They need some living water! And in hell, they can't buy water. They should of bought on the exchange! Waters (WAT) is up another 10% to a new high!

The bears, need a stock pump, to get their portfolios out from being underwater, while they're stuck in hell.

And that's a stock pump!

On a number that the stock chart says is heading to par!

After all, isn't the counter-intuitive play on Wall Street the one that works?

Because who needs a pump in hell!
Posted by Palmoni at 3:52 PM

Congratulations for your calls on the market.
I´ve came across your blog only recently , and as I live in Portugal your english is very dificult for me to follow...
After I've read a few dozens posts two questions cross my mind:
First, have you ever shorted the market?
and two, do you intend to short it as soon as you think this rally is over?

and covered at 150 on March 16.
http://aaronandmoses.blogspot.com/2009/03/strayer-finanlly-cracks.html

Shorting though is difficult, because sometimes it takes forever for the cracks to be reflected in the stock prices.

For the most part, I'll just buy puts instead.

If you spot something overvalued, I'll take a look at it.