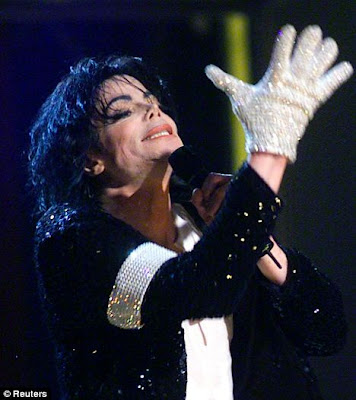 Michael suffered a cardiac arrest earlier this afternoon and paramedics were unable to revive him. We're told when paramedics arrived Jackson had no pulse and they never got a pulse back.

I was a bouncer in one of his concerts in the early '80's back before he was a freak. Back then, The Jackson 5 sure knew how to put on a good show.

They should of bid higher on his collectibles!

The bears R.I.P. with Michael Jackson.

They should of bid higher also.
Posted by Palmoni at 5:47 PM