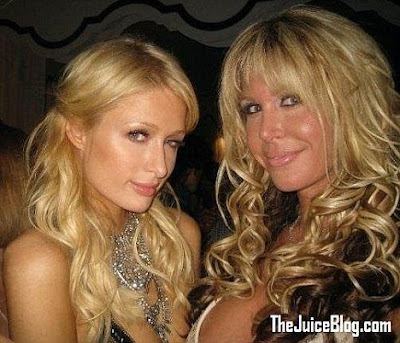 This was an older story, but now it's finally getting some national press it became bigger as it became closer to sentencing, as Michelle's attorney, Marc Nurik of Ft. Lauderdale, had her black book, and those in it, didn't want their activities disclosed. So after making $8 million, she will be fined $30,000, with six month's home confinement, and 5 years probation.

She's also "cooperating" with the IRS.

And for those hoping that a black book will show up in Madoff's sentencing today, indicating where all the money went, don't hold your breath.

That black book has also already been buried, along with Michelle's.

After all, who needs a book deal, when you can book appointments like these?

How much did these woman get paid? They were paid, in the Jeffry Picower style!

Her stable of 70 women - said to include fashion models, Hollywood actresses, and Playboy centrefolds - were able to command up to £30,000 a night for sex.

According to the Daily Mail "she makes nineties Hollywood madam Heidi Fleiss look like Mary Poppins."

And the madam is a "stay at home" Mom of two.

Here's another funny quote from Marc, whose assistants would always make a grown man week in the knees, who "surmised" that the gentlemen were meeting them for sex.

She also had a house for incalls, that was in South FL where a lot of the drive by action occurred. If you missed a date with the ladies, at least you can own the house.