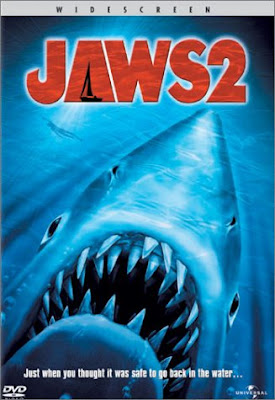 There was, however, some anxiety today! I got a ton of phone calls from people thinking we are at an important inflection point. But maybe my cross section of market players is different. They are probably quicker to pull the trigger than most. After all, most trade their own money! They'll sell today, and buy back tomorrow, as long as the averages test the 200 DMA. And I think that is what is going to happen.

So the bears wanted the Great White, and all we had was the anglerfish! Heck, even the Reverend Shark turned cautious today...."Broke the first support level" and this story, "Dip-Buyers' Last Hurrah" with this commentary:

"I'm looking for shorts to be much more aggressive on the next bounce in this market. I don't think we are going to repeat the quick and easy recoveries we saw in May. At best I am looking for more churning but the next bounce is going to tell us quite a bit about the health of the market. Betting against the dip-buyers has not been a good strategy, but now is the time to start thinking about it much harder."

Wasn't that what people felt? Especially if you caught the move in the market, it isn't difficult to get people to sell--why not lock in some gains?

But that's how this market is. It needs to test everyone's mettle. Who didn't feel just a bit queasy? I did. But doesn't this happen on every option expiration?

The bears challenged the bulls, and the dip buyers stayed away. They had help from every Fed official, who seems to want to talk down the economy, so their ball stays in the air--the ball of fiat currency and lower rates on the $13 trillion of who-knows-what on the Fed's balance sheet! Oh by the way, how did the latest TALF auction go? That's right--there was nothing there. Heck, even the Mad Southern Bear has that answer. Why doesn't the Government just invest another dollar, and keep all the money for itself?

Come on, I've seen all these TALF deals with their 12-15% returns, and that's after the nice credit for the broker pimping it! How about the other paper floating around that isn't packaged? What are those returns? As Santelli says; the more opaque the deal, the bigger the credit!

Here's the script that should happen tomorrow. The S&P should go a bit below 906, because they always seem to break their moving averages, and then we should bounce. And that would be a 5% pullback, and that's all the bears should get. And the bears should get swatted just like the fly that buzzed Obama!

And the bears aren't the shark, but the anglerfish, because the only thing that the bears have in common with the shark, is a bit of the script of Jaws 2. After all, didn't we already give them the first jawbone?

Deflationary credit collapse. Good luck with equities at this point.