Their opportunity was the last two weeks... 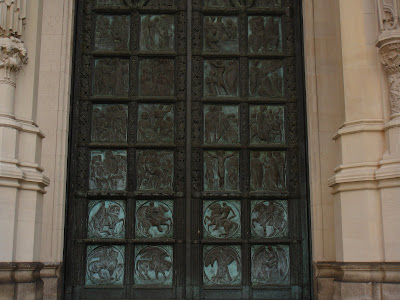 Wall Street will now recognize that the bearish case on the banks is now over. 300% moves in these numbers causes Wall Street to re-appraise their thinking!

It is over. You can't sell $6 billion of stock at $22, and have it close at $28 without getting the speculative juices flowing.

Even the most idiotic, unrepentant, and jaded bears have to recognize that simple fact of life.

But never fear, the rating agencies won't understand. They are the only ones left that can still drink with Roubini and his cohort of bears!

And that's why, the lower tier bank numbers are starting to rumble! Who needs to worry about capital? The $20 dollar "Rainbow Twenty" has a few names under it, that had nice moves Friday. Much more to come!
http://aaronandmoses.blogspot.com/2009/05/regional-banks-turn-to-shine.html

After all, weren't we supposed to fear the capital raises? Who's going to fear free money? So you buy the stocks that need capital. Why else did I advertise those numbers?

And this time, it won't take Wall Street to recognize that simple fact in two months. Try two days. It will be like a stagecoach stampede!

Now didn't the high priestess of finance, just warn us about these capital raises?Here's her April 21 interview (Meredith Whitney) on Bloomberg.

"I was surprised the banks didn't raise capital. Their opportunity was the last two weeks...I thought Wells Fargo was going to raise equity capital. I think that window is closed for the moment."

The average price of Wells Fargo's stock the "last two weeks" when Meredith gave this interview was 18.22. Thursday, Wells Fargo raised cash at an 11% discount to the marketplace.

It looks like Meredith Whitney Advisory Group thought that Wells Fargo should have raised cash at 16, (18.22 with a 11% haircut) otherwise that window would be closed! Of course, a day after the bottom, Meredith also warned us about the implosion in credit cards. If you really wanted to know how that worked, read this link!
http://aaronandmoses.blogspot.com/2009/04/another-look-at-meredith-whitneys-call.html

Or how about on March 25, when Moody's downgraded Wells Fargo. What was the story here?

Or how about March 10, the second day of the bull market of the beast, when Meredith was out on CNBC telling us the world was still going to collaspe, and credit cards would lead us down. What story did you get here when Meredith warned us that we will have a $4.7 trillion contraction in credit card loans?

And the most crowded trade is too be short. Today was the start of the unraveling of the short bet, and the beginning of a new bull market. And it started at S&P 666, the number of the beast. It's going to be a hell of a bull!

Now it's hell for the shorts!

The window's closing all right. It's closing on the window closing caller! Along with their opportunity to cover!

They need to break on through to the other side!

Right where this blog belongs!

Time to get busy buying! 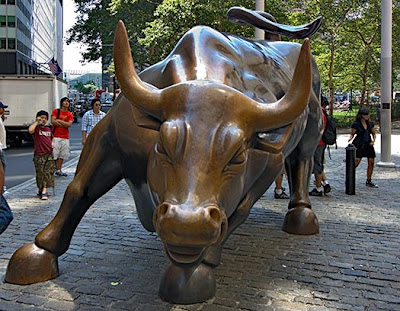 Here's how I see it.

You can pay Meredith, or pay for any other bear's advice, so you'll miss 300% opportunities, or you can read this blog, in real time, and get what will happen, before it does, and not pay a dime to get tomorrow's newspaper today!

You just have to put up with two words.

so are the banks done running? are stocks like KEY, 5th Third, HBAN still a buy?

where do you see them heading?