"Because that one's the truth" 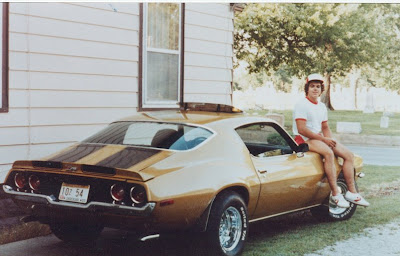 In 1998, on Little Duck Key, almost next door to Papa John's house, was a huge Spanish Style house, that had the ocean on one side, the gulf on the other, and a pass thru in the back for the boat dock.

The house was being tossed in a marriage dissolution, and they had already come down from $1.5 million to a final offer price of $955,000.

They never took my bid.

In the real estate heyday, the house changed hands at $4.1 million.

I never forgot that lesson.

Sometimes you just pay the ask.

This came to mind, because the founder of Papa John's, John Schnatter is doing a restaurant tour, and offering $25,000 to anyone that can find his original Camaro Z-28.

The company today is worth over $750 million. It was a good trade.

It was a way better trade than one of my hometown cohorts who made his own trade about the same time. He sold his 1970 Dodge Hemi-Super Bee for a pound of weed. But instead of starting a business, he smoked it. And then ordered pizza!

That's the trade everyone still laughs about!

In Papa John's tour, he drives a replica of his car. Here's his words on what made his Z-28 unique:

"It had the split-bumper, sunroof, BF Goodrich tires with steel wheels, I swapped out the rear end with a Positrac differential — and now the speedometer reads 10 MPH over the actual speed. It had a velvet interior, unlike the vinyl one in this car, it didn't have A/C, and the ash tray in back is falling off."

Someone asked him, why he would want his old car back, given that he probably already has a nicer Z-28 than the one he lost.

"Because that one's the truth."

And pay the ask for the pizza.
Posted by Palmoni at 12:51 PM

Who had the Super Bee?

Matt will you tell you! The real question is--What happened to the "Cuda?