Some ammo for the bulls 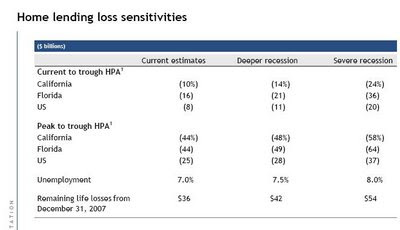 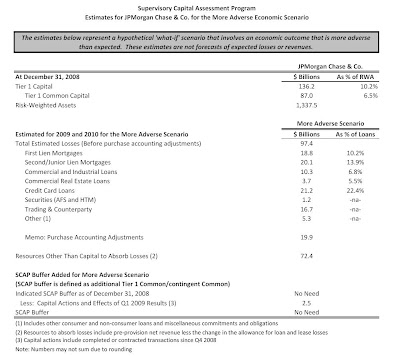 Does anyone really think that Elizabeth Warren is the bank shortsellers savior? The bears on the banks can't trot out George Soros, because he finally is seeing some light, so now we have the next shill, who likes the limelight. Until she gets a Soros backache that is!

But let's look at WaMu as a case in point. The decimation of this stock, led shorts to believe, that all the equity of the stockholders in various other banks would also, likewise be wiped out. So they kept shorting these regional banks, instead of covering at single digits, because they thought they would get donuts!

WaMu, however, wasn't an insolvent institution; it was just another "AIG conduit." But this time, it was the Federal Government who used WaMu to bolster JPMorgan's balance sheet. After all, did JPM get money from AIG like Goldman Sachs did? No. But once again, they got it from the taxpayer-by wiping out the common shareholder, so the Fed's bank, could be recapitalized.

Bronte Capital has a good analysis of this.

In the stress test with Sheila Bair, the entirety of losses for the entire JPM mortgage book was only $39 billion. And obviously this is in a much more stressful situation.

I prefer the first choice. The losses at WaMu as suggested by JPM never made any sense – and I prefer the idea that – encouraged by JPM’s lying – Sheila Bair confiscated a solvent bank.
http://brontecapital.blogspot.com/2009/05/jp-morgan-lied-to-regulators.html

Here's John's post when WaMu was first taken out by JPM:
http://brontecapital.blogspot.com/2008/09/reckless-irresponsible-seizure-of.html

So if WaMu wasn't insolvent, how about these other banks that were shorted into oblivion, that are now arising from the ashes?

But JPM needed the $20 billion from WaMu in pass through accounting gimmickry! So now you know the value of this "insolvent" institution.

If these banks shouldn't of gone down, that far, in the first place, then why do people use the return off of that fictitious low, as though it really means something?

I suppose it really means something, if you haven't covered your shorts!

And that means that the shortsellers hole, is going to get bigger!
Posted by Palmoni at 11:24 AM