So much for the selloff--Pollyanna's back! 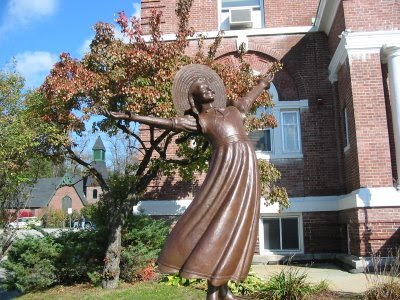 Bears with no teeth!

Who said that Dumb and Dumber were spotted on Wall Street?

Whatever happened to the .4% decrease in retail sales that supposedly was the death knell of this economy? Lowes' upticks, and now the consumer is alive!

But did you listen to these bears?

Did you blow out stock on Friday at option expiration at the close?

Heck, I even parted with some Potash at 107 Friday--and it wasn't because I thought it was going down. I needed that money to spread around all the stocks that got cheap again! Someone had to buy what Wall Street was selling!

From Dumb and Dumber hitting bids!

So what happened to all those that said the market was rolling over?

What happened to the "Sell in May and go Away" crowd? Where are they?

Where are those guys?

Where are the folks that said we were at an "inflection point" in the markets and the economy?

Who got that memo?

What happened to Duncan Niederhauer who last month warned us that this rally wasn't real?

Today he said he likes the "consolidation" that the market has undergone!

It's the same story. But at least you didn't get that tainted version here!

And if we can't even break 880 on the S&P so how can we possibly revisit the lows?

And now, we are heading to 980, just as advertised:
Let's look at some simple numbers. At S&P 830, I said we were at the second leg up. So we went up 100 points. Does anybody not think the next target is not 1000? The easiest way to get to 1000, is to get under 900 first. That's Wall Street's version of Jack Nicholson--"The easiest way to get over a girl, is to get under someone else!"
http://aaronandmoses.blogspot.com/2009/05/bears-futile-attempt-to-re-assert.html

And that's this market.

And it now should be a given, that this market, hit a once in a generation low.

So Wall Street wants us to believe that we are going to revisit these once in a generation lows!

And we also hit a once in a generation low in bond yields. And that little rally that we had, was it.

And what will happen to prices when some of these portfolio managers decide to shift some money from bonds into equities?

They haven't even had their committee meetings yet!

Maybe they should take a good long look at Pollyanna.

And when Goldilocks, finally enters the building, Wall Street, will already then be at all-time highs!

And the bears will just be another children's story.

Because this ain't no country for old men!
Posted by Palmoni at 6:14 PM

would it be wise to be keeping cash in USD now, talk is of the dollar getting hammered soon?

appreciate your blog very much, and i check it daily. keep it up.
Best.

I think the talk of the Obama administration of closing tax loopholes is just a way to repatriate dollars from overseas-so I don't see the dollar cratering here--I don't like bonds, but I don't see a dollar crash.

Remember 6 years ago when we had the massive 4-6 month rally in the dollar against the euro? The backdrop then was repatriation.
So I don't see the dollar collapse here.

At 980 I think we'll get a pullback like we just had, and like we had last month, when everyone said we were rolling over. Probably then rallies to 1040.

I think we are in the infancy of this bull market, and thus, by definition, the pullbacks have to be short and sharp.

But the market will "tell" you if the story you believe is wrong.

And so far, the tells are absolutely fantastic for the bullish case.