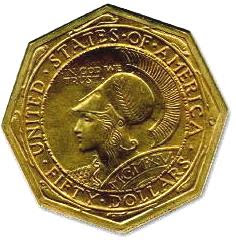 Same with the gold stocks.

On Wall Street, what we do know is that the billion dollar man, John Paulson has been loading up on gold.

"Paulson & Co., the hedge-fund firm run by billionaire John Paulson, increased its investment in gold and gold-mining shares in the first quarter, according to a regulatory filing. As of the end of the first quarter, Paulson was the largest holder of SPDR Gold Trust, an investment fund that buys gold bullion. The New York-based firm owned 8.7 percent of the fund, valued at $2.8 billion as of March 31, according to a filing with the U.S. Securities and Exchange Commission.

That position was established as a hedge, the company said in a statement, because its funds have a share class that is denominated in gold rather than in dollars or euros.

Paulson bought or added to several gold companies in the quarter as well. He purchased a 15 percent stake in Market Vectors Gold Miners ETF, a fund that mirrors the move in the Amex Gold Miners Index. That stake was worth $638 million at the end of the quarter.

Paulson reported owning an 11.3 percent stake in AngloGold Ashanti Ltd., also based in Johannesburg, in March. (That's another billion and a half)

He also touted gold in a shareholder letter:

"To everyone's dismay, we believe that some of Grandpa Ben's predictions are playing out. Our current chairman of the Federal Reserve, Ben Bernanke, is an 'inflationist.' ... The size of the Fed's balance sheet is exploding and the currency is being debased... Our instinct is that gold will do good either way; deflation will lead to further steps to debase the currency, while inflation speaks for itself. We have bought gold, calls on gold, an index of gold mining stocks (GDX) and calls on higher long-term U.S. interest rates."

And we also know that a bunch of technical analysts now say that gold is ready to break out.

So I got rid of mine.

And inflation, in things we don't own, is now back. (Did anyone see that MT was able to push through a price increase in steel? How do the deflationistas explain that? They should buy MT instead!)

Now for balance, I had to include what the supposedly "smartest guys in the room" were doing, so I would be able to make a point, without quoting the nut jobs. Heck, I think we're heading into a massive economic boom, so why should I bring any more crazy talk into this blog already!

Because the hedge, against inflation, is not gold, but oil. (See the post below.)

And in an economic boom, our dollar rallies, and our interest rates go up, and that isn't a hospitable environment for gold.

The last time I sold any gold was in December 1999, when gold had made a move off of it's bottom of 252 up to around $320. I was buying a condo overlooking the ocean in Florida, so I sold some Pan Pac $50 commemoratives, and some kilo bars to pay for the trade. And it's tough parting with gold. When it's in your hand, you know it's money.

For three years, I didn't have to sweat a lookback on gold. Then in five years, they both tripled.

I think you'll have plenty of time to get in gold again, and the cheapest assets here in the US are Florida condos and stocks.

After all, PIMCO's Bill Gross came on CNBC today, and warned viewers that we were heading for substandard equity returns for years to come. (He didn't mention that the commodity trade by the indexers is now back on again either.)

So it's time again to put the money in something that the "smartest guys in the room" aren't buying, and selling what they are.

And if you want something to buy outside the United States, you can start with Arcelor Mittal (MT 33.30), instead of parking your gold in Luxembourg!
Posted by Palmoni at 5:23 PM

what are buys for tomorrow?

is FAS a buy right now? do you think the FAS/FAZ will ever get out of teh single digit hole?

One of the easiest stocks to day trade is VNDA.

The last five days, you always have a spike down, and then it trades up.

I'm long at 8, (bought after the schizoprenia news) but I daytrade around it.

You know Wall Street--whatever is on the come, is always better than reality--and this is on the trees grow to the sky radar of traders.

soros cuts stake in pbr, yeah right the market doubles his exposure and he sells a few shares. he took some enormous profits.

I still like the double dip recession idea. Right now the only big spender is the Government and that is with printed fiat money. Your investments are going up, but your dollars are progressively less valuable. In the long term, how do you propose to fix that problem if you don't own gold?

the global economy is too big for gold to be a substitute for currency. a basket of commodities would work fine, but that'll be a big transfer of wealth to some of our enemies.

When you say you sold your gold stocks Palmoni, do you mean miner stocks? If so, then I don't understand why. After all, miner stocks are equities and that should mean that they will rise along with other equities, and on top of that gold is near it's highs and that should just add impetus. Am I not thinking right?

It was more of a trade of leverage. What will go up faster.

I've always loved gold, but I think that our government doesn't.

And whenever they intervene, they have been successful enough to knock down gold.

I like the unhedged gold plays, but I needed to free up some cash to put to work in other places.

AEM--The Aug 70 calls are at 7--If gold spikes these could double fairly easily.

That was my thinking. In retrospect, I should of made that clear.

In this market, there are still scars from the way the Government changes the rules.

And whenever gold has been ready to break out, we have this mysterious hand pushing things down.

Maybe I was worried about something that may not happen and I could of just overthought the trade.

Wouldn't be the first time that happened!