Will Rick Sanchez work for HR at Cunard Lines? 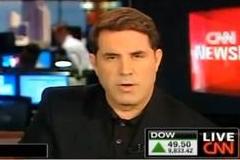 Rich Sanchez insults some Jewish producers at CNN and he loses his job. 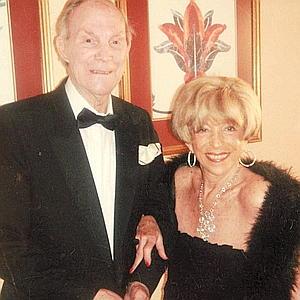 Broadway producer Gloria Sher, 82, and her husband, Frederick Evans, 91, said they were ordered off the luxury liner after their obscenity-filled argument with someone they claim had made an anti-Semitic remark during a stately black-tie dinner.

The couple almost wound up stranded in a remote port in Quebec as punishment for their outburst. At the time, they were only days into the $20,000, five-week cruise.

They were eventually allowed to remain aboard for six more days after some passengers came to their defense, but they had to stay inside their cabin -- under house arrest. Even their booze was confiscated.

"I was treated with no respect and unbelievably rude and shockingly terrible," Sher said. "I've been sick ever since. It has ruined our lives. It's changed us forever."

Minutes into their meal that day, the couple said, one of their dining companions told Sher to shut up, then added, "There are too many Jews on board."

Sher, who is Jewish, admits she got angry, shooting back, "F- - k you!" and "How dare you insult me!" before storming off to her stateroom.

The next morning, the ship's captain, Commodore Bernard Warner, knocked on the couple's cabin door.

"You insulted a fellow passenger. I'm going to have to ask you to leave the ship," he said, quoting from a manual.
Posted by Palmoni at 9:30 AM