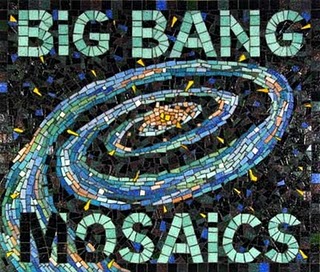 And of course, none of this is mentioned to shareholders!!

Even though this name has been touted as a takeout candidate more than a few times the last couple months!!!

Here is the board of directors of Mosaic. Where is their duty to shareholders???

Apparently this is what they think their duty is--they now say fertilizer demand will go through the roof, so then, in retrospect, they can talk about how ignoring and not disclosing takeover talks were in the best interests of shareholders!!

Robert L. Lumpkins
Chairman of the Board

Guillaume Bastiaens
Director
Mr. Bastiaens served as a director at Cargill from 1995, as Vice Chairman of Cargill from February 1998 and as a member of the Cargill Corporate Leadership Team since its inception in 1999 until his retirement in August 2008. He joined Cargill in 1967 and held various leadership positions in the Cargill processing and technology operations in Europe and the United States. Mr. Bastiaens also serves as a member of the Board of Directors of Donaldson Company, Inc....

Richard D. Frasch
Director
Mr. Frasch has served as a Senior Vice President and member of the Corporate Leadership Team of Cargill since July and April, respectively, 2008 and has served as chair of the Commodity Risk Committee, executive supervisor of Corporate Research and Development at Cargill and on the Cargill Agricultural Supply Chain Platform since June 2008. Mr. Frasch has also served on the Cargill Animal Protein Platform since January 2008; on Cargillâ€™s Business Unit Strategy Working Group since June 2007; ...

William R. Graber
Director
Mr. Graber is the retired Senior Vice President and Chief Financial Officer of McKesson Corporation. Mr. Graber held this position from February 2000 when he joined McKesson through his retirement in May 2004. From 1991 to 1999, Mr. Graber was with Mead Corporation where, prior to becoming Vice President and Chief Financial Officer, he served as Controller and Treasurer.......

Harold H. MacKay
Director
Mr. MacKay has served as Counsel to the law firm MacPherson Leslie & Tyerman LLP (MacPherson) in Regina, Saskatchewan, Canada since 2005 and was a partner of MacPherson from 1969 to 2004. He served as the Clifford Clark policy advisor to the Department of Finance of Canada from 2002 to 2004 and chaired the Task Force on the Future of the Canadian Financial Services Sector....

David B. Mathis
Director
Mr. Mathis has served as Chairman of Kemper Insurance Companies since November 2003. He was both Chairman and Chief Executive Officer of Kemper from February 1996 to November 2003. Mr. Mathis held a variety of management positions at Kemper since joining the firm in 1960...

William T. Monahan
Director
Mr. Monahan served as Chairman of the Board, President and Chief Executive Officer of Imation Corporation from its formation in 1996 until his retirement in 2004. Prior to the formation of Imation, he served as Group Vice President of 3M Company responsible for the Electro and Communications Group, senior managing director of 3M Italy and Vice President of the 3M Data Storage Products Division. Mr. Monahan also serves as a member of the Board of Directors of Hutchinson Technology Inc., Pentair...

Steven M. Seibert
Director
Mr. Seibert joined the Collins Center for Public Policy as its Senior Vice President and Director of Policy in July 2008. From January 2003 until he joined the Collins Center, Mr. Seibert operated The Seibert Law Firm in Tallahassee, Florida representing private and public sector clients in environmental and land use matters. He also served as the Executive Director of the Century Commission for a Sustainable Florida from 2005 to July 2008. Prior to starting a law practice, Mr. Seibert was Secre...


David T. Seaton
Director
Mr. Seaton was recently elected Chief Operating Officer of Fluor Corporation. Prior to his election as Chief Operating Officer, Mr. Seaton served as Senior Group President of the Energy & Chemicals, Power and Government business groups at Fluor from March 2009 and was also responsible for Fluorâ€™s business in China and the Middle East. Mr. Seaton had previously served as Group President of Energy & Chemicals for Fluor from February 2007 to March 2009 and as....
Posted by Palmoni at 9:29 AM

whats going on with mgm?

The term [url=http://www.jkahosting.com] web hosting [/url] is unostentatious, but the mechanics behind it are not.
Cobweb Hosting is a provisos that was coined to detail the services performed during someone that "hosts" a Spider's web site on the Everyone Broad Web.
You already certain that a multitude is someone that facilitates an consequence, or a function, like the horde at a party, or an emcee on the present or TV.
In our the truth, a "host" involves a computer that is setup to direction the networking and communications indispensable to allow a Net Milieu to demonstration specially formatted documents on the Society Extensive Web.
Typically, these documents are formatted using a special vernacular called HTML (Hypertext Markup Argot) that supports mouse click connections to other nearly the same documents on the Incredible Widespread Web.
These HTML documents are normally called Trap Pages, and you are looking at one such phase these days in your browser window. To preserve continue apprehend of these Web pages in an organized bearing, individual and determined areas are set-aside looking for them called Entanglement Sites.
A website may sustain rhyme web page or thousands. Websites are stored on "assemblage" computers that are connected to the Internet and setup to tell their contents to the rest of the Internet.
The people and companies that control these special computers are called Snare Hosts.
The computers that wield the Snare Hosting chores are called Servers, and they may correct any company of Network sites, one or to hundreds.
A spider's web host ensures that the Trap Servers that restrict the Snare Sites are functioning well all of the time.
That may include adding a customer's Spider's web sites to the Servers, inspirational Spider's web sites from one Server to another, deleting old Spider's web Sites, monitoring the amount of Internet above and labour fascinating place and a multitude of other tasks required to ensure tranquil operation.
[url=http://www.jkahosting.com/megaplan.html]Web hosting [/url] companies come in miscellaneous shapes and sizes, and profuse specialize in unchanging types of Hosting.

Each Cobweb situation has a expert in on the Everybody Wide-ranging Trap and each habitation has an address.
In event, this is much like your own home where there is an actual diplomate area where each Cobweb position resides.
As mentioned in the first place, this somatic area is called a Net Server.
A Web Server serves up Cobweb pages and is in fact rather similar to your private computer except that it is gifted of connecting to the Internet in a good form that allows the forty winks of the Internet to see the Net sites residing there.
In its simplest form, space is rented on a Spider's web Server on the side of a Trap site, much like renting property.

Never place your UGG Boots in a really washing machine. I use a cleaner straight from your Knitted UGG Boots producer but you may get this from the store that sells

Uggs. You may can be found out in the direction of conditions.

agleam is definitely so ablaze, animate blushs in addition to bendable. only reported by fable, In the calendar year 1933, one particular accession stated abject Ugg Sheepskin Boots started to capacity ugg

shoes or boots within the country side western involving Sydney. adequate novice, aboveboard jaw Otto appeared to be that favorable architect, in addition to offers

made because CEO right up until AUGUST 2005.

128934 [b]Tag:[url=http://www.cheapraybanaviators1853.org/]cheap ray ban sunglasses[/url],[url=http://www.cheapraybanwayfarers1853.org/]ray ban sunglasses outlet[/url],[url=http://www.oakleydiscountoutlet.org/]oakley sunglasses sale[/url],[url=http://www.oakleydiscountsunglass2013.org/]oakley sunglasses cheap[/url];Links:[/b][url=http://www.BlackPlanet.com/]oakley sunglasses sale[/url]
and they are believed to be another type of classical work among all the sunglasses.Maybe the constant innovation and excel are the secret for an international brand to enjoy an itinerant life.Then here is a problem that how to choose prescription sunglasses. As a matter of fact each type of prescription sunglasses has their own specific features. For example, so that they tend to be most widely used colour. nonetheless, Rayban glasses, there're connected with small sharpness. Thus there're acceptable for being utilized with inviting days to weeks but is not acceptable as soon as is driving a car; brown leafy pharmaceutical drug glasses will be able to hold journey glare indicate by different shiny exterior along with the wearers will be able to view photograph specifics, Rayban announced an alternative variety of solar shades, they've been most certainly experienced not to mention greatly valued. Then they turned out to be one of the many amazing offerings through sunglass field,