$38.56 after trading up to almost 40 because of the launch of the new rare earth ETF.

Wasn't this name touted 10 points ago??

And isn't this just the type of name that Wall Street pimps and pumps?

Heck--I think I'm even doing that!!

Molycorp is the only rare earth oxide (REO) producer in the Western hemisphere, and outside of China, it owns one of the largest and most fully developed rare earth projects.

China has curtailed REE exports, and along with Japan and Korea, these nations are building strategic stockpies. 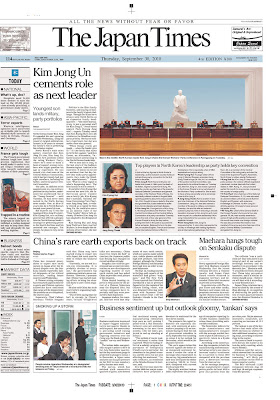 It's front page news in Japan.

And also here in the States, as everyone is sick of China muscling the world.

A senior manager at a company that churns out metals routinely used in U.S. smart bombs pauses in mid-sentence when his phone rings: a Wall Street stockbroker looking for information. He makes a note to have an assistant call back -- someone who is fluent in English, not just Chinese.
“It’s a seller’s market now,” says Bai Baosheng, 43, puffing a cigarette in his office in Baotou, China, where his company sells bags of powder containing a metallic element known as neodymium, vital in tiny magnets that direct the fins of bombs dropped by U.S. Air Force jets in Afghanistan.

A generation after Chinese leader Deng Xiaoping made mastering neodymium and 16 other elements known as rare earths a priority, China dominates the market, with far-reaching effects ranging from global trade friction to U.S. job losses and threats to national security.

The U.S. handed its main economic rival power to dictate access to these building blocks of modern weapons by ceding control of prices and supply, according to dozens of interviews with industry executives, congressional leaders and policy experts. China in July reduced rare-earth export quotas for the rest of the year by 72 percent, sending prices up more than sixfold for some elements. 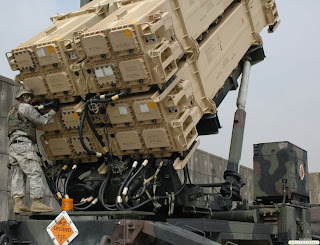 By a vote of 325-98, the House passed H.R. 6160, the Rare Earths and Critical Materials Revitalization Act.

Rare Earths and Critical Materials Revitalization Act of 2010 – Establishes in the Department of Energy (DOE) a research, development, and commercial application program to assure the long-term, secure, and sustainable supply of rare earth materials to satisfy the national security, economic well-being, and industrial production needs of the United States.

Directs the Secretary of Energy (Secretary) to: (1) support new or significantly improved processes and technologies (as compared to those currently in use in the rare earth materials industry); (2) encourage multidisciplinary collaborations and opportunities for students at institutions of higher education; (3) collaborate with the relevant directorates of the European Commission to coordinate activities; (4) establish a Research and Development Information Center to catalogue, disseminate, and archive information on rare earth materials; and (5) submit an implementation plan to Congress.

So enter Wall Street to fill the news with a stock.

From the prospectus, of their IPO:

• the Mountain Pass mine is the largest non-Chinese rare earth deposit in the world;

• other U.S. rare earth deposits exist, but these deposits are still in early exploratory stages of development;

• officials emphasized the significance of the widespread use of commercial-off-the-shelf products in defense systems that include rare earth materials, such as computer hard drives;

• heavy REEs, such as dysprosium, which provide much of the heat-resistant qualities of permanent magnets used in many industry and defense applications, are considered to be important;

• government and industry officials told the U.S. GAO that where rare earth materials are used in defense systems, the materials are responsible for the functionality of the component and would be difficult to replace without losing performance;

• a 2009 National Defense Stockpile configuration report identified lanthanum, cerium, europium and gadolinium as having already caused some kind of weapon system production delay and recommended further study to determine the severity of the delays; and

• defense systems will likely continue to depend on rare earth materials, based on their life cycles and lack of effective substitutes.

And what does Molycorp want to do?

Build the largest, most advanced and efficient fully integrated REO processing facility in the world.

The stock is easy to trade, they trade good volume in the options, and it moves around alot.

It's only been public a couple months and it has already doubled--they raised about $400 million, but now the Wall Street hype machine has taken over.

You can play the hype both ways with this name!

P: Do you think MCP is still a buy with the lifting of China's embargo? Thanks!

What are your thoughts on the 365 day gold forward sales contracts MINTL is trying to sell? I can't figure out their angle on this. Thanks!

Palmoni, did you convert your shares yet?

i don't think you can convert...not sure what palmoni was talking about.

you could invest if you watned to if you.